The Presidency of Andrew Johnson resulted from dire circumstances. He became the 17th President of the United States upon the assassination of President Lincoln. His term started in 1865 until 1869. Johnson was a Democrat from the south with old fashion ideas about how to lead the country.

He is regarded as a stubborn and hard-hitting President, but he was no match for the Republicans. They tried to shoot down his ideas and plans at every turn. This made it difficult for him to get much accomplished in the office. Due to his stand to allow slavery to continue, he is considered one of the worst Presidents of all time. He is often seen as a leader promoting white supremacy.

Others argue it wasn’t that he was racist, but that he was from a different location. He grew up in a region where it was acceptable to have slaves. He wasn’t a rich man by any means as a child or early on in his life. His story is one of a poor illiterate child making the best of every opportunity that came his way. He was very intelligent, but he also had a reputation for being rude and crude. It was hard to sway him when he had his mind made up on a subject.

Johnson grew up in North Carolina, born there on December 28th, 1808. His family was extremely poor and lived in poverty. The family of two adults and three children lived in a two-bedroom shack.

His father died trying to rescue some people from drowning. His mother took on the role of supporting the family by doing laundry and housework for wealthy families. Her job was looked down upon but she did all she could to keep food on the table for her children.

At the age of 10, he became an apprentice to a tailor. His mom set this up and he was to serve the tailor until he was 21 years old. He ran away when he was 15 and opened a tailor shop with his wife in Tennessee. He was 18 and she was 16, but his skills were sufficient enough for them to operate the business on their own.

He was worried about being captured for leaving the apprenticeship. He returned with enough money to buy his way out of the remaining due on his contract.

Many are fascinated by the articulate mannerism and the communication style of Johnson. He never attended school. Both of his parents were hard workers, but they were illiterate. They worked manual labor jobs. Johnson taught himself how to read and write with the help of his older sister.

During his apprenticeship, he listened to stories and how the well-off people spoke. He was interested in learning about them and it helped with his communication style as he got older. Paying attention to what went on around him with others served him well for a political career.

He married Eliza McCardle who was 16 at the time. She was able to help him with the business because her father was a shoemaker. She had worked with threading and other elements of the business since she was a child.

The couple were very happy together and were married for almost 50 years. They had 5 children together.

His wife was ill for a large part of their marriage due to tuberculosis. She still did her best to care for him and her children. She worked hard to help him learn math, spelling, and to become a better communicator. The couple made sure their children learned to read and write at a young age. They also instilled a strong desire to learn in them.

When Johnson became President, his wife was rarely seen. It was difficult for her to entertain people or take on too many duties because of her health. Both of his daughters stepped up and helped with this role. They were often part of the social gatherings for him as President.

While he never attended college, he loved going to the local community college to engage in their open debates. He met many students there and shared a passion for reading with several of them. He listened to them talk about their studies and even helped with some assignments even though he wasn’t attending courses himself.

The tailoring business was doing very well. The couple hired help so they would have more time to spend with their family. In 1843 they purchased their first slave. She was a 14-year-old girl named Dolly. In 1845 he purchased her brother. The third slave they owned was named Henry and was purchased in 1857. He was part of their help when Johnson moved into the White House.

While many condone the fact that this President owned slaves, all of them have shared the family treated them well. They were never abused or mistreated in any way. They always had food and a place to sleep. They were treated with compassion and never spoken down to. What Johnson never seemed to grasp in a leadership role though is not all slaves were treated that way by their owners.

The Road to the Presidency

He often took part in debates, and people liked to listen to him talk. He had a way of drawing people in with his words. He could explain his ideas and concepts, sharing why he believed a certain way about a given topic. He became an active part of Politics in the 1840s. He became a Member of the House of Representatives and also in the Senate.

He was still active at this level in the 1850s. Johnson was a huge supporter of the Homestead Act to help families obtain a piece of land to build a home on. He was one of the driving forces behind it eventually being approved. He remembered growing up in poverty and wanted to find a way to help other families have a decent life.

He chose to remain in the Senate when Tennessee succeeded and that created controversy when he was President. Some saw him as a hero and others saw him as a traitor. He was the only Senator from the Confederacy that didn’t give up his seat. President Lincoln held him in high regard.

In 1862 he appointed Johnson the Military Governor of Tennessee. In 1864 he found himself nominated for the role of Vice President.

Many experts believe Lincoln chose Johnson as his Vice-Presidency to show unity. He didn’t want the country to continue to be divided. It was no secret the two had differences of opinion about slavery and other topics. Still, Lincoln felt he had made the right choice. He wanted to hone in on the leadership skills of Johnson. He was also willing to listen to his concepts and ideas.

At the inauguration, Johnson had too much alcohol. His speech was slurred, incoherent at times, and he was ridiculed by those in attendance. He stayed under the radar and out of sight for several weeks. Many didn’t believe he would ever do well in this role. They worried he was a drunk, but Lincoln was quick to defend him.

The issue seemed to go away on its own when the war came to an end. It was time for the Vice-President and the President to focus on uniting the country again. Lincoln was shot on April 14th, 1865. When Johnson woke up the following day, he was now the new President. What many don’t know is the plan was to also kill Johnson and Secretary of State William Seward that night too. Seward was hurt but not killed. Ironically, rumor has it the one assigned to kill Johnson that night didn’t get it done because he had drunk too much!

The Presidency of Johnson is often referred to as a time of Presidential Reconstruction. He created various proclamations to reform the civil leadership in the South. This allowed what was known as Black Codes to be in place, preventing the freed slaves from having any rights.

Ironically, Johnson is often mistakenly credited with the Fourteenth Amendment. It was the Republicans opposing him who were able to get that passed to protect all citizens, including blacks, from prejudice.

As President, he was able to press forward with the homestead idea. In 1866 the Southern Homestead Act was put in motion. Close to 30,000 families were able to get a small piece of land and create a home on it.

There was some fraud though and some of the land was taken up by greedy business owners who saw loopholes in the program. Ironically, there were a few black families who were able to get land this way too. That isn’t something Johnson had intended to happen when it was created.

In 1868, he signed a law limiting workdays to 8 hours. Employers were no longer able to force employees to work 12 hours or 16-hour shifts day after day. This decision was put in place to help reduce accidents and to give employees more time to spend with their families. If they did work overtime, it had to be voluntary not forced. They also had to be compensated for it above their normal wages.

The economy struggled during his Presidency due to the war. Johnson worked hard to offer opportunities where he could. While some of the options were for wealthy business owners, he allowed them due to the trickle-down factors. He believed it would create more jobs and opportunities for the working class.

Stepping up from Vice-President to President to fill Lincoln’s shoes was no easy feat! He was able to work on reconstruction for the Confederate States in 1865. Those who would take an oath of allegiance were given pardons. Special Presidential Pardons were given to wealthy individuals and leaders who agreed to the oath.

Congress was not in session at this time, and they weren’t happy with those efforts. The Republicans weren’t in favor of several of his decisions They created ways to regulate the freedom of movement. They worked hard to give black slaves their rights against the wishes of the President.

Known as Radical Republicans, they started to tear apart what Johnson had accomplished. This was the first time the veto power against the President was used. The tension continued into 1867 when they passed laws to restrict the power of the President. When he violated the Tenure of Office Act, he was impeached. He was acquitted of all 11 charges by just one vote. While this was a failure for him based on his beliefs, it showed the balance of power within the government.

Johnson opposed the majority of the civil rights the Republicans were working to get passed. This went beyond just opposing the freedom of slaves. He wasn’t able to hold his ground due to the Republican party being so prominent in the house. These constant losses and power struggles reflected poorly on him throughout his presidency.

After his presidency ended, Johnson returned to Tennessee. He became Senator in 1875. He is the only Senator to ever have that role after being President. While not all embraced him as President, Tennessee was excited to have him back. They welcomed him with lavish dinners, a parade, and banners around the area.

He was only 5 months into that term when he died. He suffered a stroke on July 28th of 1875 while traveling to see his daughters. He refused medical treatment when they tried to seek it for him. He suffered another stroke two days later and doctors were sent to check on him. He died July 31st, 1875 at the age of 66. 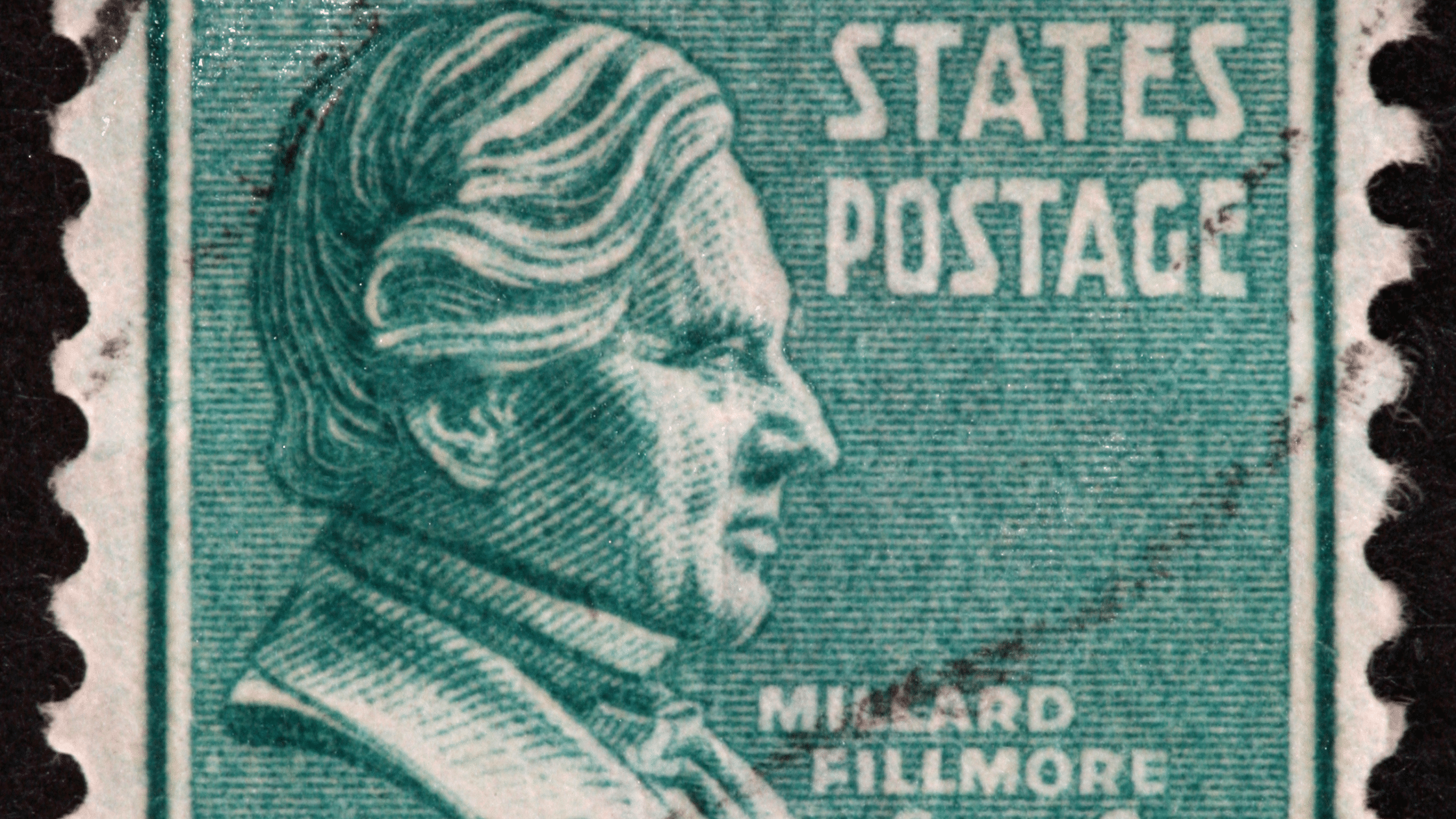