When was Grover Cleveland born?

Grover Cleveland was born in 1837.

Where was Grover Cleveland born?

How old was Grover Cleveland when he became president?

Grover Cleveland was elected at the age of 48.

What years was Grover Cleveland president?

When did Grover Cleveland die?

How did Grover Cleveland die?

He died from a heart attack.

The Enigma of President Grover Cleveland

Grover Cleveland was an enigma as a president. At times a reformer, other times an overseer, but rarely a catalyst. Grover Cleveland’s political reputation revolved around protecting the executive branch’s role rather than transforming it.

Grover Cleveland’s family life was also slightly unusual as he was reported to have affairs as well as marry a lady much younger than him.

Despite his political passivity, Grover Cleveland was still a president with many distinctions, including the only one to serve two non-consecutive terms and get married at the White House.

While perhaps not the most memorable President, the issues of Grover Cleveland’s day and how he handled them continue to resonate throughout American politics.

When Grover was 16, he had to abandon school to take care of his mother and siblings as his father had died.

The Cleveland family moved to upstate New York. Grover sought work in various institutions, including as a teacher in the school for the blind in New York City and working as a clerk in a law firm in Buffalo.

This experience as a law clerk helped pave the way for his entry into the legal profession and allowed him to pass the bar exam and become a lawyer in 1859.

From Law Into Politics

Grover Cleveland’s law career quickly blossomed into a career in politics. He started his law firm in 1862 and managed to avoid conscription during the Civil war by paying for a Polish immigrant to serve as his replacement.

A registered Democrat, Cleveland became the assistant district attorney in Erie County, New York State, in 1863. He was eventually elected county sheriff in 1870 and served in that function for two years before returning to his law practice.

His political affiliations and honest commitment to public service paved the way for his being nominated for and eventually winning the Buffalo, New York mayor’s election in 1881.

In this position, he would begin to forge his path to the presidency.

Grover Cleveland against the Tammany Hall

Tammany Hall’s rise was fostered by supporting the many immigrants coming through New York, most prominently immigrants from Ireland.

However, the group was known for being corrupt. Bribes, kickbacks, and embezzling were all part of its attempt to retain political power within the Democratic party and dominate New York city politics.

Known for his propensity for the veto as the governor of Buffalo and his strict stance against corruption, he targeted graft and political indecency as mayor.

Ultimately, however, he opposed Tammany Hall and sought to limit its corrupt ways while vetoing various spending measures deemed extravagant or wasteful.

Cleveland’s commitment to honest politics and respecting taxpayers bolstered his image as a viable Democratic candidate for the presidential race of 1884.

President Grover Cleveland’s political platform was centered around his commitment to maintaining the separation between the branches of government while ensuring that Congress was honestly spending taxpayer money.

In addition, his commitment to reform and willingness to oppose political forces such as Tammany Hall appealed to middle-class voters.

His affiliation with New York also proved beneficial given the size and political clout of the state at the time.

Grover Cleveland Admitted to an Affair

Despite admitting to a probable affair during his campaign, he was able to retain the support of the Mugwumps and Republicans opposed to the commercial and industrial connections of the Republic candidate, James G. Blaine.

With all of this backing, Cleveland could win New York, narrowly win the popular vote, and ultimately win more votes via the electoral college, securing his victory and nomination as the 22nd president of the United States.

President Cleveland faced various challenges that came with the presidency in 1884.

Cleveland’s affinity to veto legislation prevented the distribution of close to 80 million acres to the railroads. He also prevented pensions from being distributed to Civil War veterans with fraudulent claims and even prevented government assistance in purchasing seeds for drought-afflicted Texas farmers.

Cleveland’s Enthusiasm for the Veto

Cleveland’s quest to balance the power between the branches of government while preventing unnecessary government oversight and intervention led to him issuing 414 vetoes during his first term in office, more than twice the vetoes of all presidents before him.

Cleveland’s first term demonstrated his inclination to serve as a government protector rather than initiating the policy.

During his first term, Cleveland married Frances Cleveland at the White House. This was the first and only time the wedding ceremony was performed there.

Frances was a popular first lady but stayed out of the limelight, asserting herself to deflect claims that Grover abused her during the next election campaign. As Frances helped create a stable environment to begin their family, Cleveland continued to facilitate stabilizing policies.

He introduced the Presidential Succession Act of 1886, clarifying the potential successors in the President or vice president’s death.

Cleveland’s no-nonsense approach to government management won him praise from reform-minded politicians. But Cleveland’s stance on the protective tariff issued on foreign goods was a thorny issue on his side.

Protective tariffs had been instituted on foreign goods to protect the distribution and sales of American products during the Civil War. Still, its perpetuation was seen as a cause of overproduction, economic instability, and excessive government surplus.

Although Congress enacted measures to lower the tariff rates in some states, most notably in the South, Cleveland’s Congress enacted restrictive tariffs overall and garnered much opposition from industrialist-backed Republicans.

While many in the middle class favored Cleveland’s efforts to ensure a fair market with cheaper goods overall, many workers in industrial areas feared losing their jobs due to eliminating the tariffs on overseas goods.

Although Cleveland would win the general election, Harrison’s victories in his home state of Indiana and Cleveland’s home state of New York propelled him to a victory via the electoral college to become the 23rd president of the United States.

While Harrison made many efforts to expand and equalize US wealth during his presidency, including the Sherman anti-trust act and an attempt to annex Hawaii, tariffs continued to be controversial.

During this time, the Populist party formed, seeking more significant support for farmers, greater regulation of railroad rates, and shifting the money supply from the gold standard. The populists, fronted by candidate James Weaver, were able to win five states and 8% of the electorate.

With this contribution and public opinion shifting towards opposition against tariffs, Grover Cleveland, again nominated by the Democratic party, was able to win the general and electoral college votes to regain the presidency.

The country’s economic state quickly overshadowed Cleveland’s remarkable feat of winning two non-consecutive terms. By 1893 there was the worst economic depression the country had experienced until that point.

Overexpansion of the railroads led multiple railroad lines, including the Union Pacific line, to declare bankruptcy or go into receivership. Simultaneously, there were numerous bank failures, a credit crisis, and the stock market crashed. Unemployment rose to almost 20 percent, and there were multiple strikes in the coal and transportation industries.

Cleveland’s response to the market downturn was more inflammatory than rehabilitating.

He blamed the Silver Purchase Act passage during Harrison’s administration for disrupting the silver supply and devaluing the gold supply, essentially deflating the American currency.

Cleveland sought to replenish the nation’s gold supply to avoid defaulting on loans to foreign creditors.

His response to the various worker strikes, including the 150,000 workers who participated in the Pullman strike in Chicago, was to use federal forces to break up the strike.

Cleveland’s stance towards public affairs was at times incredibly contradictory. For example, he simultaneously expressed repulsion at the treatment of Chinese workers while providing little support for African-Americans or women in the political sphere.

These attributes, including his dismissal of the government funding public works projects, led to increasing popular dissent towards his policies.

In the vein of the tri-protectorate agreement negotiated during his first term about avoiding a German takeover of the American territory of Samoa, Cleveland tried to intervene after the Hawaiian revolution of 1893. However, the power of the sugar plantations and persistence of the Hawaiian government proved too complicated to resolve through negotiations, and Cleveland deferred to Congress to resolve the matter, an issue that remained until Hawaii became a territory during the presidency of William McKinley.

The United States and the United Kingdom

Cleveland’s attempt to resolve disputes almost brought the US into war with Great Britain. But, citing the Monroe Doctrine and US supremacy in Western Hemisphere affairs, Cleveland accepted Venezuela’s request to negotiate a resolution regarding the territory bordering the Orinoco river that separated the country from British Guiana.

While the British eventually agreed to negotiate the border, Cleveland’s sending warships to the region and his threat of military intervention made his foreign policy legacy a controversial one.

Given Cleveland’s controversial decisions regarding organized labor, the silver supply, and foreign intervention, his popularity had declined substantially by the end of his second term.

Many in the Democratic party wanted him to run for a third term, but he ultimately declined, ceding the candidacy to William Jennings Bryan. However, Bryan would lose to William McKinley, and the Republicans once again regained the executive branch.

Having retired from politics, including refusing another election bid during the 1904 election, Cleveland resumed his law practice and dabbled in the stock market, eventually accruing a personal fortune nearing $350,000.

Having moved to Princeton, New Jersey, he became a university trustee and wrote various political commentaries.

Unfortunately, Cleveland’s health declined substantially, particularly after the death of his eldest daughter Ruth in 1904. With kidney and gastrointestinal problems afflicting him in 1907, he would eventually die from a heart attack in 1908.

Demonstrating his commitment to public service, Grover Cleveland’s final words were, “I have tried so hard to do right.”

As a politician, Grover Cleveland’s influence on the presidency was more on conduct than construct. Aside from his tendency to veto legislation, he did little to shape the executive branch’s powers or provide any overarching policy for the United States.

These movements would eventually garner him much criticism. But, instead, as he had dutifully defined, his role was to preserve the integrity of the branch as an overseer of Congress. Part conservative legislator, a part liberal reformer, Cleveland’s efforts melded consistency with controversy to ensure that government conducted itself honestly.

It was his commitment to honest, hard-working civic service that helped to earn Cleveland his historic two non-consecutive presidential terms, substantial political appeal, and the legacy that persists until today.

To watch a Grover Cleveland summary, click play on the following: 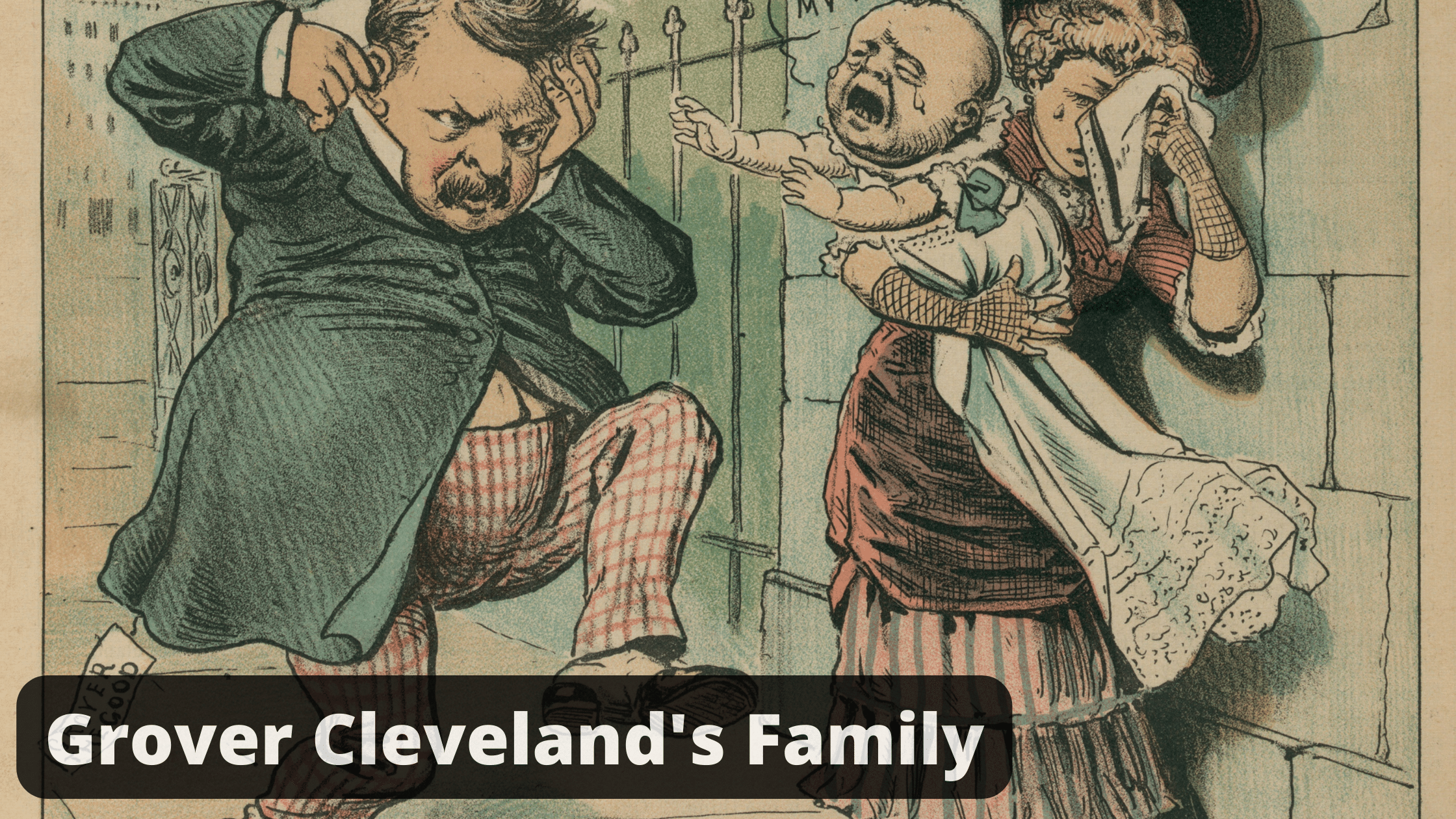