Thomas Paine was a British Enlightenment thinker in the 18th century. He was so much more than a philosopher, though.

His ideologies were of immense value during the American Revolution and tumultuous times of Revolutionary France, and he was known for his witty, critical opinions on society and its institutions.

He was one of the pioneers behind freethought and lived a life full of controversy, deep thinking, political influence, and political activism. In the following paragraphs, his life will be dissected in order to get more insight into his meaning to society back then.

Thomas Paine was born in England on January 29th, 1737, in the small town of Thetford in Norfolk. He was actually born Thomas Pain but changed his family name once he moved to America later on in his life.

Religion was always of immense importance in his household since his father was devoted to the Christian Quaker faith, while his mother was also very religious. She was a firm believer in the Church of England.

During his youth, Paine kept living in England, although he did not live a successful life there. When he was a teenager, he helped his father make corsets as an apprentice. Once he was an adult, he founded his own corset-making business, which collapsed after a few years.

During his early life, he also had a failed career with the navy, and later on, he got a job as an excise officer, but this did not work out for him either.

Regarding his personal life, Paine married Elizabeth Ollive in 1771, but this marriage only lasted a few years. In 1759, he married Mary Lambert, but she died along with her child during childbirth.

When he was in London in 1774, Paine met the renowned American politician Benjamin Franklin (a Founding Father). The two got into a deep conversation, and at the end of that conversation, Franklin convinced Paine to move to America, to go to the supposed “New World.”

Paine was persuaded by the thought of going to America because he valued the Enlightened ideals of freedom and thought and freedom of speech.

On January 30th, 1774, Paine arrived in Pennsylvania. About a year after his arrival, he started working for Pennsylvania Magazine. During his time there, he got the opportunity to write numerous articles.

In those articles, he often was very critical of society, the institutions, and certain practices such as slavery. He also used his articles to speak in favor of American independence from the British colonizers.

Thus, his articles often spoke out about a possible American Revolution in which America would gain independence from Great Britain. In the beginning, he wrote about the unreasonable taxes that the American colonies had to pay to the British.

Soon enough, he encouraged the Americans to not only fight the taxes but to fight British rule as well. Thus, Paine was in favor of American independence.

His articles and essays were later used during the American Revolutionary War. Some even say they played a decisive role in getting free from English colonial rule.

His fight for American independence was brought to a new level during the American War of Independence, which lasted from 1775 to 1783. During that war, he fought as a volunteer for the American continental army.

Because of these reasons, Thomas Paine can be considered one of the Founding Fathers of the United States of America.

Later, once American independence was a fact, he even got a job as Secretary of the Committee of Foreign Affairs for the American Congress, so he kept on being committed to the American cause.

While Paine remained living in the United States, he returned a few times to England specifically and Europe generally.

In 1787, when living in France, he noticed how turbulent European politics had become. When he was in Paris, he got in touch with certain revolutionary philosophers such as Brissot and Condorcet.

Around that time, he also wrote several publications criticizing French governance and proclaimed the importance of human rights, individual rights, freedom of thought, and freedom of speech.

He also openly attacked Edmund Burke, a fervent defender of conservatism and against the French Revolution.

Because of his publications, he gained much popularity among French citizens. In fact, he even was chosen to serve in the National Convention, which was a French parliament at the time.

During that period, he criticized the Jacobin Terror because the Jacobin reign arrested and executed political opponents. Because of his fight for the French Revolution, Paine was arrested and imprisoned.

While Paine was serving prison time, he wrote a lot of pieces on religion and reason. For instance, Paine regularly spoke ill of the Bible because he found some of its content immoral.

He thought the Bible featured too much violence and bloodshed, and he could not stand behind that. He also criticized the Bible as being written by ordinary people and claimed that it was not a holy text.

Besides that, he was disdainful for what he felt were numerous contradictions, factual errors, and illogical reasoning in the Bible.

Paine was also opposed to ecclesiastical orthodoxy because of the oppression of non-orthodox people. This does not mean he was an atheist, though, because Paine believed in God. He merely did not think that the ecclesiastical institutions were the right way to be closer to God.

During his life, Paine wrote many interesting articles, essays, and publications in general. In the beginning, he predominantly wrote anonymously or under different pseudonyms because he feared the consequences of his critical thinking.

This was one of the first pieces that he wrote for Pennsylvania Magazine. In this article, he criticized a part of American history. More concretely, he spoke out against the practice of slavery in America, which earned him a lot of praise and hate simultaneously

An astounding fact in this department is that Paine was one of the few Founding Fathers that never participated in the practice of owning slaves.

Common Sense is one of the influential pamphlets written by Paine that played an immense role in the battle for American independence.

Paine published this pamphlet anonymously. He used this publication to address the citizens of the American colonies and essentially encouraged them to fight for independence from English colonial rule. He also clearly stated that ordinary people were no less than noblemen.

The Rights of Man

The publication directly responded to Edmund Burke’s conservative and anti-revolutionary exclamations in Reflections on the Revolution in France. In his publication, Paine also wrote about the causes of the French Revolution, such as poverty, war, and unemployment.

The Age of Reason

In The Age of Reason, Paine wrote about the positive aspects of Enlightenment and the ideals associated with it, such as freedom of speech and reason. He also spoke out against the ecclesiastical institutions and orthodoxies.

Through all of his work, it is clear that Thomas Paine was one of the most influential activists and revolutionists of the 18th century. He often expressed the importance of human rights and his dissatisfaction with certain political reigns, which was not always gratefully received.

All in all, Paine was someone who strongly sensed that a new era had arrived, and he wanted to contribute to this new philosophy in any way he could.

As a result, Paine left a long-lasting mark on history.

PrevPreviousWhen Did the Vietnam War End?
NextWhat Is Taxation Without Representation?Next

Further Resources About: Who Was Thomas Paine? 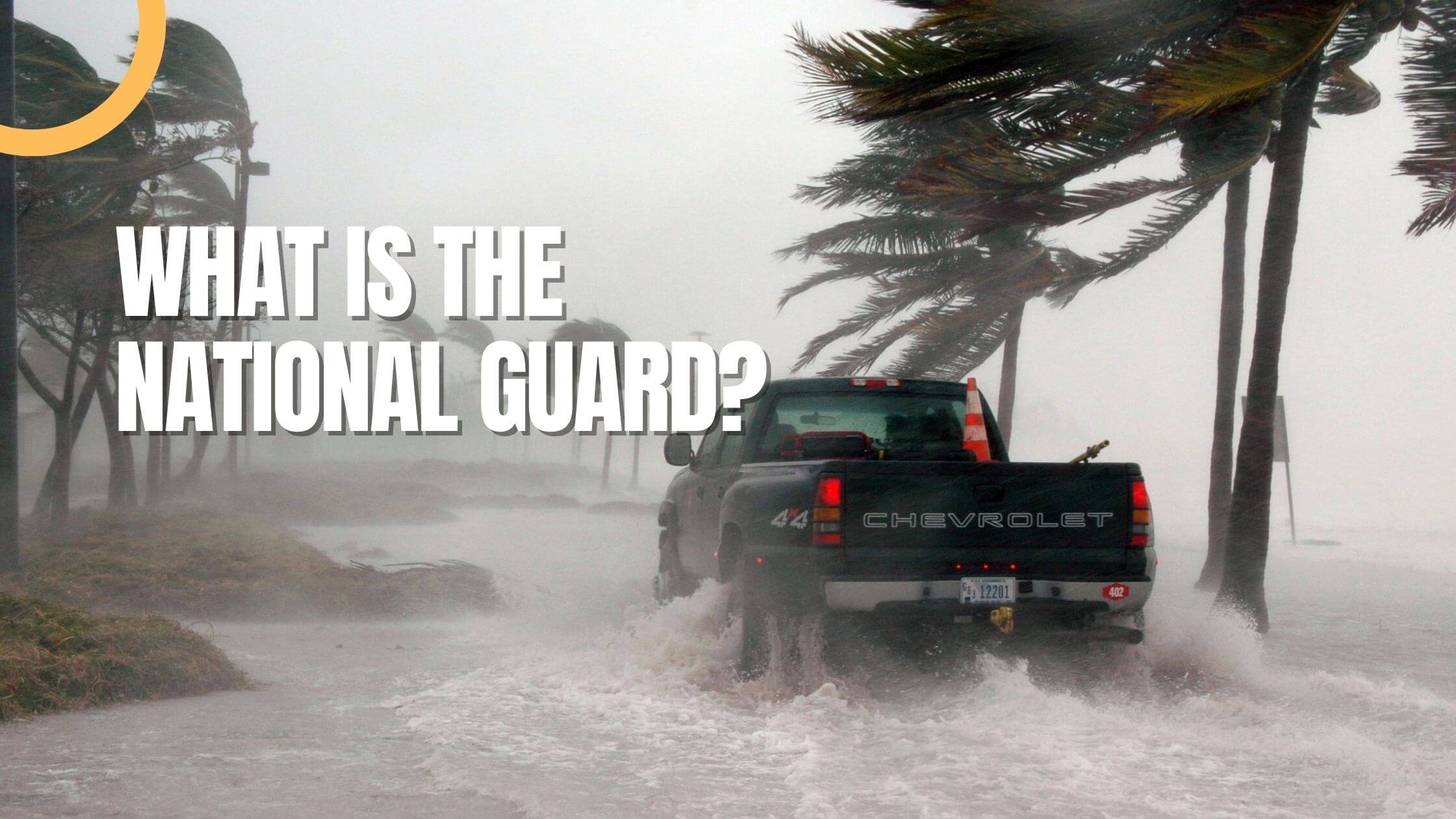 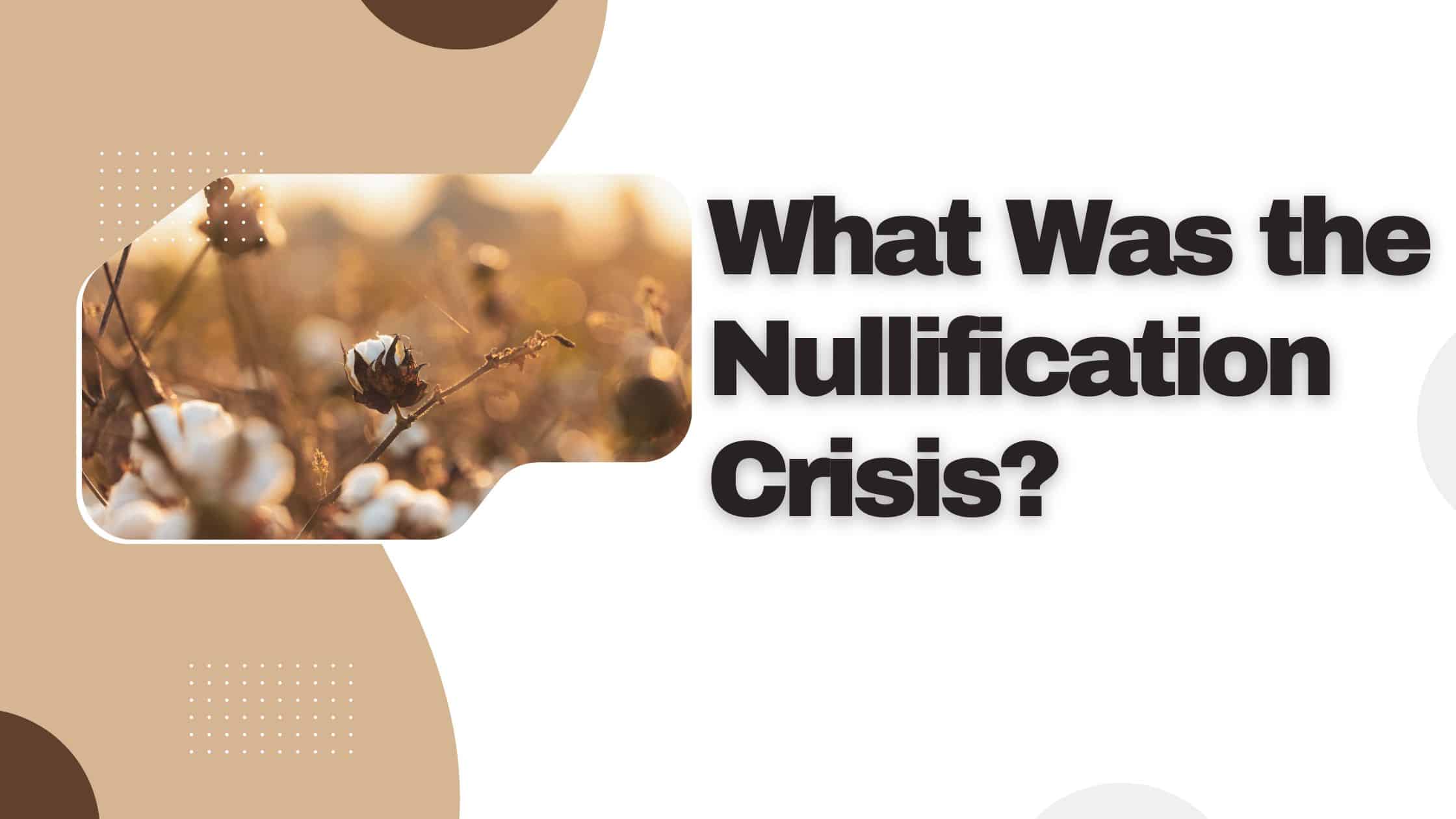 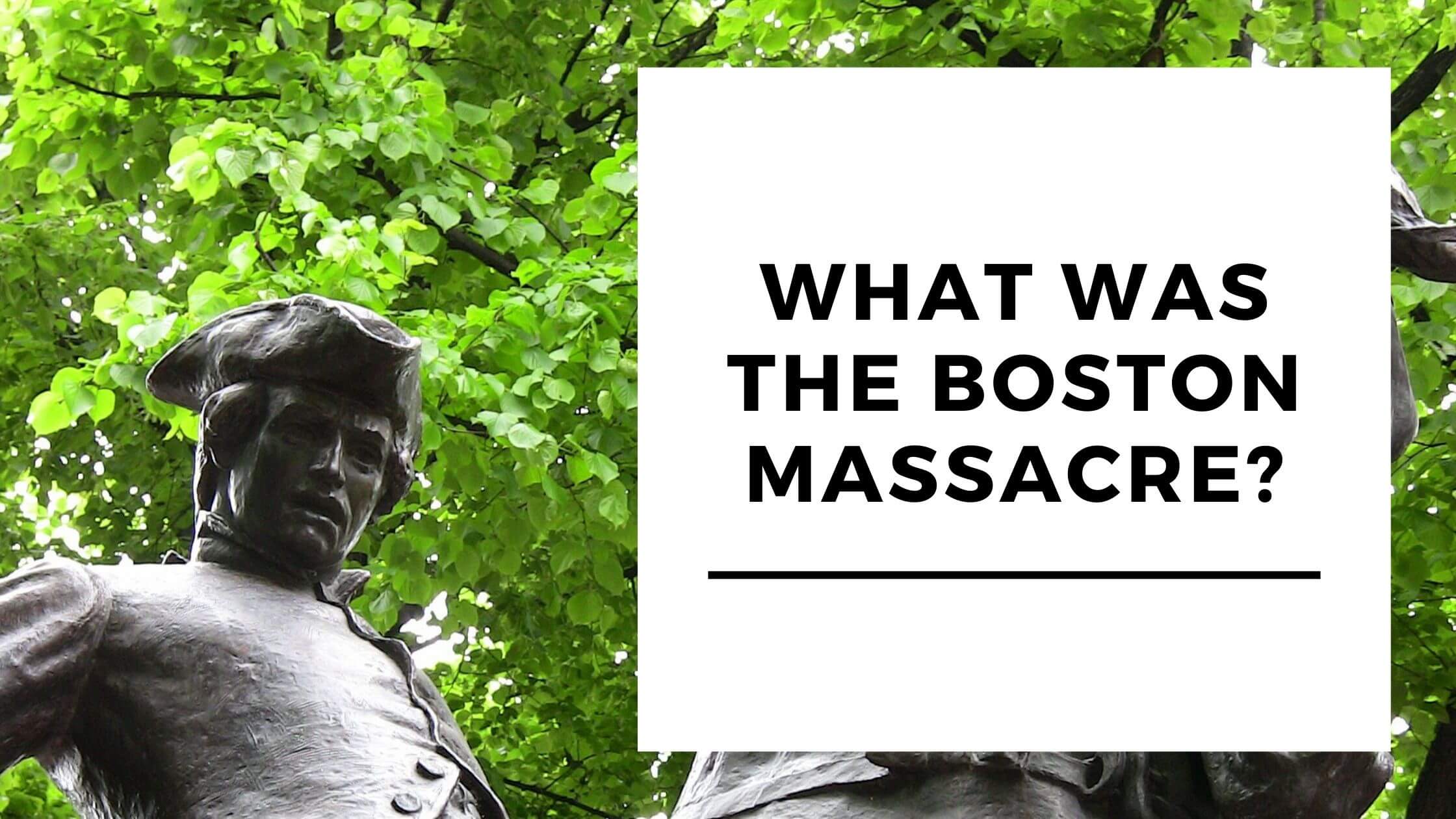 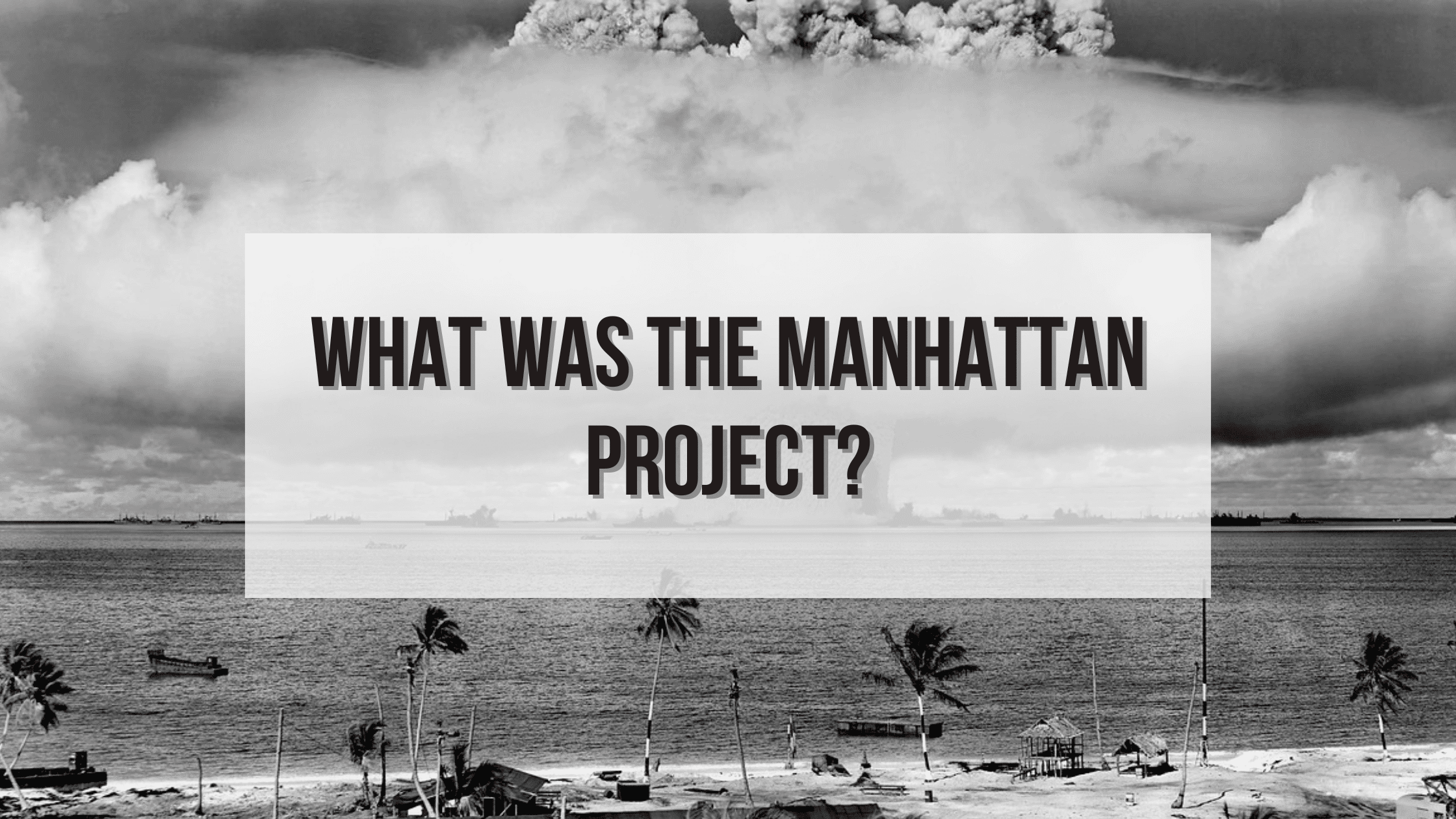