The right to vote is a freedom that has developed with amendment after amendment since the days of independence. At first, voting was a privilege for white men. Then came Emancipation and the freedom for black men to vote. Next came women. But were black women a part of that new ruling alongside white women? When did black women get the right to vote, and when was that rightfully realized?

When could black women vote?

There are two sides to the answer to this question. One would be to say that black women were granted the right to vote when women’s suffrage led to the 19th Amendment of 1920. This amendment states no one can be denied the right to vote based on sex. However, other state laws in place deliberately restricted the black vote. So, it wasn’t until the Voting Rights Act of 1965 that black women were fully free to vote.

Before looking at the long fight for the African American woman voter, we need to look at suffrage on a wider scale. For a long time in the United States, women weren’t mentioned as viable voters in the Constitution. The 15th Amendment of 1870 changed voting laws to have no restriction based on race, but there was no mention of sex.

Women fought for their right to vote, forming major organizations such as the National Woman Suffrage Association and speaking at events to publicize the cause. In 1872, Susan B Anthony carried out one of the most well-publicized stunts when she registered to vote in Rochester, New York, under the protest that she was entitled as a person of the United States. The suffrage movement continued into the 20th century and gained wider publicity via Theodore Roosevelt.

Eventually, in 1920, the 19th Amendment passed, which meant that no one could be denied the right to vote based on their sex. This upgraded the voting laws within the Constitution so that, on paper at least, there was nothing to stop black American women or women of any race from standing in line to vote in the same elections as men. However, it wasn’t this straightforward.

Even though it was now constitutional for an African American woman to vote, as there were no restrictions on sex or race, that didn’t mean that they could freely do so. Attitudes towards African Americans were in a better place than they had been when women fought for equal suffrage during Emancipation. But, there was still a long way to go for equality to be realized.

Segregation continued, and some laws saw black Americans treated as second-class citizens. So, it is no surprise that states upheld laws to suppress the vote of black citizens. These measures weren’t simply there to target black voters, as it was all about protecting wealthier, educated white men that wanted a firmer majority say over who came to power. But, African American women often bore the brunt of them.

One such measure was the use of the Poll Tax. This tax has been in use across many countries as a way of controlling voter numbers. Essentially, voters have to pay a fee to cast a vote. Those in poorer circumstances may be unable to pay and therefore unable to cast their vote. African Americans in poorer communities would have struggled.

There was a second hurdle to overcome in the form of literacy tests. If the Poll Tax didn’t catch out poorer constituents, the literacy test could then prohibit those without a high-enough level of education. A black person that hadn’t been privileged enough to achieve a formal education to that standard could easily have failed.

The Fight for Black Suffrage in the United States

There was now a new fight for black suffrage in place of the one for a national women’s suffrage. The addition of the 19th Amendment wasn’t enough on its own to protect the vote for everyone. More measures were needed to end these discriminatory obstacles and protect the black vote.

Some involved in the civil rights movement and black communities at the time say that the issue wasn’t the same country-wide discussion anymore. It sometimes felt that once white women had won their war, there wasn’t the same passion for fighting the battles that weren’t quite over. This is a shame when so much of the original suffrage movement tied in with the emancipation movement and equal rights on a wider scale.

This changed in 1964 as the Civil Rights Movement gained momentum and laws changed. The 24th Amendment came in in January 1964 and ensured that the Poll Tax was abolished. Then came the Voting Rights Act of 1965, signed in by President Lyndon B Johnson, that fully forbade any tactics that might suppress the right to vote.

Black women now had much greater freedom to vote on a similar level to that of their white counterparts 45 years prior. It is disappointing that it took so long to bridge this gap, but perhaps not surprising considering everything that was happening with racial divides during the mid-century.

The signing in of the Voting Rights Act was an important moment for the rights of minority women when it comes to elections. But, it is important to remember that that doesn’t mean that all women citizens of the United States can vote right now.

There is still the issue of the rights of United States citizens residing in territories like Puerto Rico, who can pay their taxes without representation and not be allowed to vote for President in their homeland. The course of history for the black women’s vote is long and complicated due to race relations in the United States and the impact of state laws. Suffrage for women in America in 1920 with the 19th Amendment wasn’t the end of the matter. It would go on for 45 more years until the freedom of black women to vote was truly accomplished.

Further Resources About: When Could Black Women Vote? 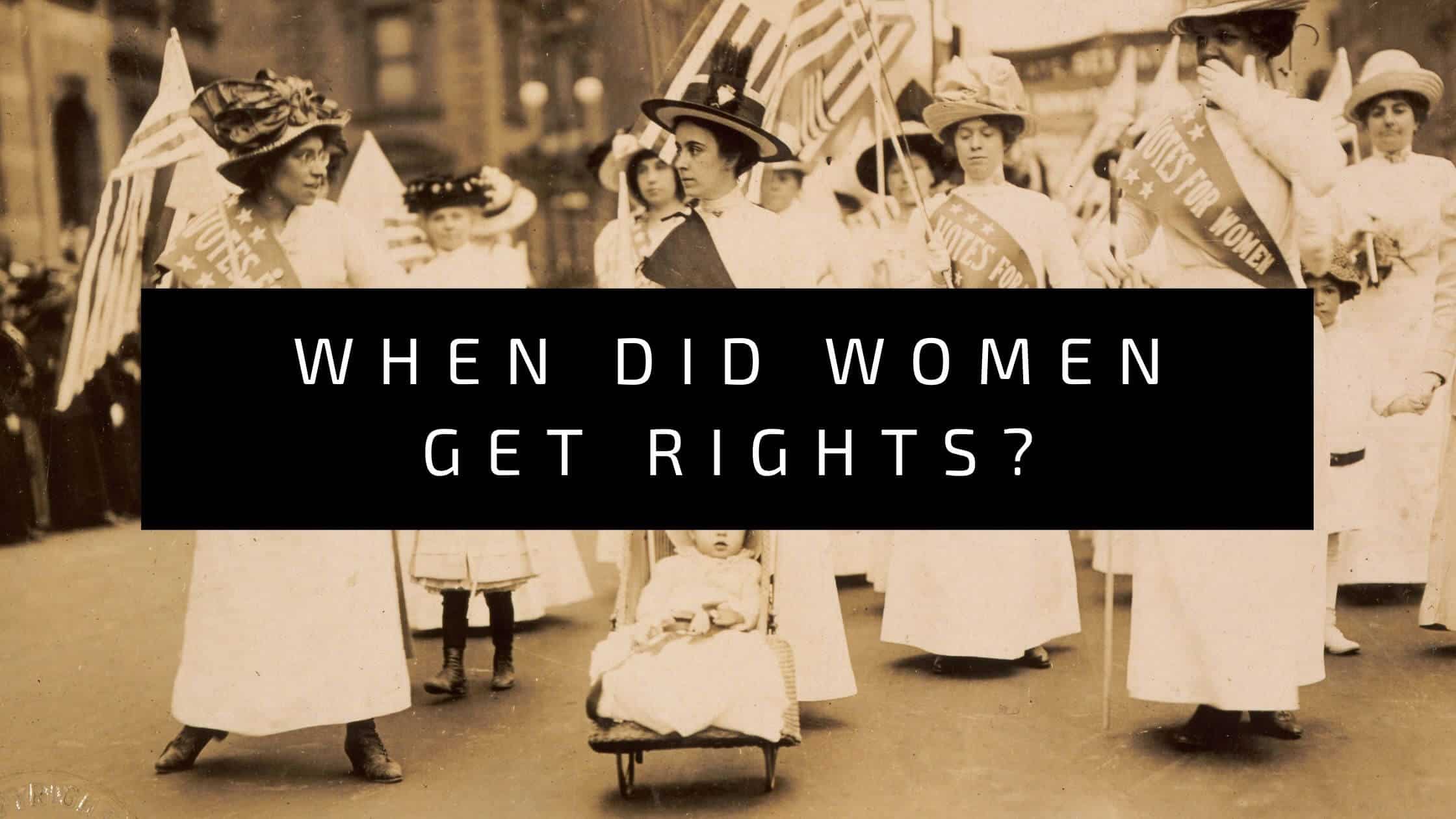