Why Does The Constitution Begin With We The People?

There is a lot of focus right now on the 27 amendments to the United States Constitution, especially those related to modern governance and the succession of power. But, we can’t overlook the importance of the beginning of the document. As this section is known, the preamble acts as an introduction to the laws and clauses within. It serves as a declaration from the Founding Fathers to “ordain and establish” all that lies within.

However, the first words don’t appear to fit with this notion of those higher power figures making this declaration to the world. It begins, “We the People of the United States.” The term We the People has taken on a life of its own ever since, but why did those in charge of creating the Constitution decide to use it?

Why does the Preamble to the Constitution begin with “We the People”?

There are different theories as to why the beginning of one of the most important documents in the US begins this way. One view is that this was an attempt to appear relatable, with the representatives referring to themselves as American people like everyone else.

Another is that this was an attempt to show that the US people had the most power, and it was, therefore, their document. Whatever the reason, it is interesting to look at the deeper meanings in the word “people” and the importance of this statement at the time.

Those creating the document may have tried to present themselves as typical people of the United States.

Declaring themselves to be “people of the United States” gives the impression that this document was created by citizens with the same rights and powers as anyone else. It is a clever way of suggesting that they are of the people and makes them relatable to all those that would then come to rely upon the constitution. In other words, there isn’t an “us against them” approach here where the everyday person of the US could feel detached from what was said. Therefore, as soon as you get into clauses about the rights of the people of the United States and their freedoms, there is the sense that this applies to everyone.

We the People was necessary at the time of the creation of the Constitution.

The Constitutional Convention was a way of bringing together representatives of all states to Philadelphia to create a new government form – although Rhode Island did not send anyone. The aim was to create a government that could oversee the United States’ people on a more national level, without holding so much power that it would put citizens’ fundamental rights at risk.

This lead to the checks and balances approach and the distinction between federal and state law. It was a requirement that all states had to give “full faith and credit” to other states’ laws and procedures. Therefore, “we the people” were all in this together at a national level while retaining personal freedoms and dealing with state laws.

Or, perhaps they weren’t talking about themselves at all.

Another way to look at the term “we the people” is that the state representatives involved weren’t talking about themselves at all. Instead of making themselves relatable as fellow citizens of the US, they may have referred to the fact that ultimately, it is the US’s people that have the greatest power.

The final constitution could not be credited to 12 or 13 men only, and it couldn’t be perceived as something derived solely from the coalition of the states. They couldn’t turn to the nation and say, “We, the representatives of the states of America, have decided how to run this country.”. It had to be credited to the US as a whole. The constitution could only gain sovereignty from the US’s people, so it was, therefore, the people of all 13 states that had to give that declaration to “ordain and establish” it.

The decision is little more than a gesture. While it is true that it is the people of the US that will elect the representatives and leaders, and that should have the most power, in the end, the blueprint for the system of government was the result of that handful of representatives.

The people of the US vs. the citizens of the US

Finally, we have to look at the word “people” here, rather than the word citizens. Some suggest that the term people of the United States only refers to those that have citizenship status. In other words, this would reinforce the idea that the rights and clauses within only related to those with legal status in the country. The term “people” ‘s broadness is also a great way of ensuring that everyone from each state is included. That means men, women, and children from all aspects of society. 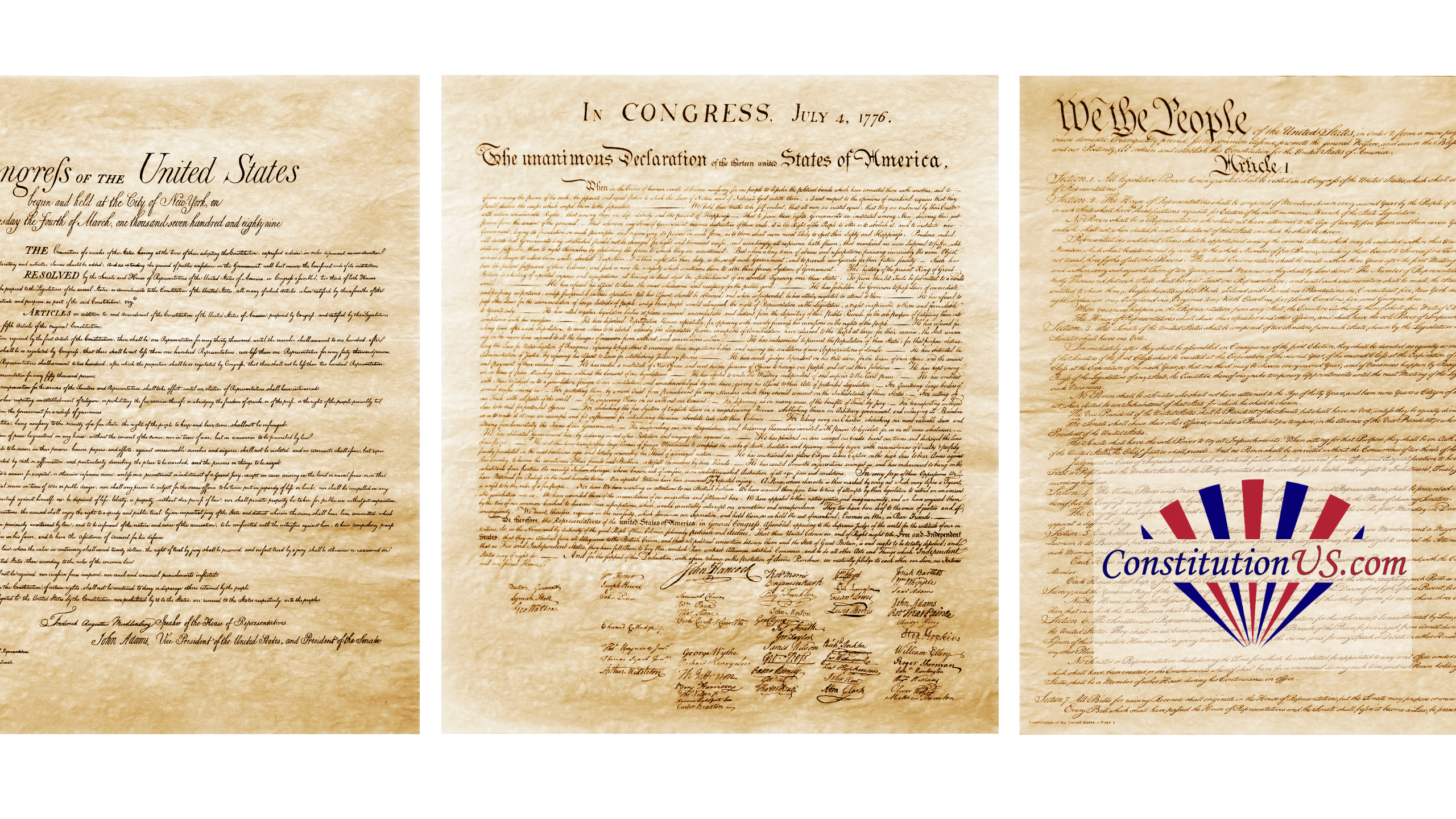 Any Color Or Race

We could also assume that this could mean “people” of any color or race. This is where the vagueness of language in the preamble, as with the constitution more generally, becomes dangerous. It is easy to make assumptions if you don’t have a more cynical outlook. In the preamble case, it is clear that the Native Americans outside of the 13 states weren’t classed as people of the United States. It wasn’t long before the nation worked on the process of “advancing” and “civilizing” Natives and creating treaties to acquire their land.

Of course, over the centuries, amendments would alter the constitution to ensure that specific groups achieved equal rights, such as the rights of those previously enslaved in the US or the rights of women to vote. However, the use of people instead of citizens does imply that those creating the constitution were speaking to everyone within the country.

We the people: citizens, representatives, society, or something else?

Whatever the underlying reason for this choice of words, the phrase “we the people” has become engrained in American politics and culture. We can continue to debate the original purpose of those words while also appreciating their impact, regardless of initial intentions.

The 8th Amendment to the United States Constitution Explained

The 7th Amendment to the United States Constitution Explained

The 6th Amendment to the United States Constitution Explained

The 17th Amendment to the United States Constitution Explained

The 16th Amendment to the United States Constitution Explained

The 22nd Amendment to the United States Constitution Explained

© 2020 US COnstitution All rights reserved