The Presidency Of Woodrow Wilson

Some impressive achievements come to mind when we think of Woodrow Wilson. This was the president that brought the United States into the First World War as part of the “Big Four” and would be influential in global peace and politics.

Women also gained the right to vote during his time in office. But, there is more to the presidency than these last three years and more stories that create a more well-rounded picture of the man. There was so much more that occurred during his two terms. Still, if we are going to tell his story, we have to lead with the war effort.

Wilson is best known for his role in the First World War towards the end of his presidency. So much of what would transpire between April 1917 and the end of the second term would ensure Wilson’s place in the history books.

As with the Second World War, the United States was one of the last to announce its involvement and add support to Allies in Europe. Wilson became keener to get involved after Germany resumed attacks on merchant ships, but still wanted to take on a peaceful role, to begin with, rather than to send troops. As part of the new Four Nations, Wilson would have a dramatic impact on creating a peaceful end to the war, as well as on subsequent agreements and provisions.

The Four Nations and the Treaty of Versailles.

The Four Nations, also known as the Big Four, related to four Allied powers at the latter stages of the First World War and leading into peacetime negotiations. Wilson was joined by Georges Clemenceau, Vittorio Emanuele, and David Lloyd George. They met at the Paris Peace Conference of 1919 to determine the terms of peace.

Together they worked on a peaceful resolution and how to deal with Germany in the years to come. It would take six months of negotiations, but they finally came up with a treaty that would be accepted.

The Treaty of Versailles became one of the most important peace-time documents in history, and certainly the most significant to that date that a United States President had played a part in.

The treaty detailed the conditions of Germany’s surrender on the condition of ratification by Germany and the three allied powers. It was signed on June 28th, 1919, and come into effect the following January. The most controversial part of the treaty was the idea of the War Guilt clause, forcing Germany to take full responsibility for all loss and damage.

The 14 points and subsequent formation of the League of Nations.

Wilson gave a speech to Congress on January 8th, 1918 where he outlined a series of important principles for peace within Europe. This speech would be known as the fourteen points. It was a clear set of ideas on how the Allies of the Big Four should move forward.

At the time, the other three leaders were skeptical of the practicality of the measures. The last of Wilson’s 14 points with the notion that there had to be a “general association nations” with “the purpose of affording mutual guarantees of political independence and territorial integrity”. Following the end of the war, the League of Nations was created.

Wilson and the homefront.

While much of the attention remains on Wilson’s efforts in Europe, we can’t overlook the effort undertaken in the US. There was a big demand for resources and men to send over the Atlantic to help the war effort. Those that didn’t join the fight in the armed forces could help on the farms and factories.

Wilson needed to ensure he had a good team behind him dealing with domestic needs. This included an impressive food program under future president Herbert Hoover that eliminated the need for rationing.

It is also interesting to note that Wilson is often attributed with introducing Daylight Saving Time during this period. However, this was largely the work of Hoover.

Woodrow Wilson’s other foreign policies and the move away from colonization.

Wilson’s influence in global affairs didn’t start and end with the war in Europe. The president had put himself forward as someone against the colonization of the world and America’s unnecessary power over other nations.

As such, he would go on to sign the Jones Act in 1916. This law ensured that the people of the Philippines could now lead with their own rule and autonomous government. This would allow for a long process towards independence, which was finally realized in 1946.

Then came the Jones Act of 1917, which would offer similar autonomy to Puerto Rico. The United States had acquired Puerto Rico during the Spanish-American War. This act would allow for the creation of a Senate and gave citizen status to those from the island.

On the other hand, there was the decision to acquire the Danish West Indies and claim those as the new United States Virgin Islands. This also occurred in 1916.

Vetoing the Immigration Act of 1917.

Wilson would also go on to veto the Immigration Act of 1917. The act was designed to restrict immigration from Eastern and Southern Europe, over fears of too many unskilled migrants coming into the country. The law meant that these migrants would have to pass literacy tests to proceed with the process.

Wilson vetoed on the grounds that he believed that those that were poor and illiterate could still integrate into American society. However, there are also reports that he disliked the mixing of races and nationalities and felt it was damaging for the next generation of Americans.

While many of the major accomplishments and proposals related to America’s place on the world stage, there was also plenty going on at home during Wilson’s two terms. Two major amendments were passed during this administration. The second would happen late into the presidency as Wilson dealt with women’s rights. The first would become one of the most controversial.

The 18th Amendment saw the acceptance of the Volstead Act and the signing of Prohibition into law. It was now illegal to make or sell alcohol for personal or recreational consumption. The law also forbade importation or transportation. There were mixed responses to the law. Wilson himself had vetoed the bill but was overruled by Congress. Those close to growing temperance movements would support the bill. Of course, the act was soon repealed via the ratification of the 21st Amendment in 1933 by Franklin D. Roosevelt.

Wilson had begun his campaign in 1912 with the promise of The New Freedom. This was an attempt to create strong reform in three key areas: Tariff reform, business reform, and banking reform. Wilson would keep his promise on all three with the creation of the Underwood Tariff Act of 1913, the establishment of the Federal Trade Commission, and the Federal Reserve System.

When it was time for re-election in 1916, the Democrats chose the slogan “He Kept Us Out Of War”. In hindsight, this was a bit of a poor choice considering the events the following year. This is especially true when they warned that a Republican win meant war with Germany. Still, Wilson was victorious over his opponent Charles Evan Hughes. The margin was much smaller this time, with 277 Electoral College votes and 49.2% of the popular vote to Hughes’ 254 and 46.1%.

There are two sides of Woodrow Wilson in relation to equal rights.

On one side, there is the sense that he must have been a positive force for change to have stood with the Allied Powers during the war. The women’s right to vote also came into law during the Wilson presidency.

On the other, there are reports and stories about Wilson that suggest he wasn’t such a great ally for African-Americans. Numerous choices – both in laws and a lack of intervention – show that this side of equal rights in America wasn’t a priority.

Women suffrage and the 19th Amendment.

With the nation at war, many women stepped up and took on roles in the workforce across America. Wilson would go on to recognize the sacrifices made and endorse the right to vote. He stated,

The growing women’s suffrage movement and the National American Woman Suffrage Association made the issue impossible to ignore. The Nation Woman’s Party also staged several marches during the war to highlight the hypocrisy of fighting for freedom abroad and denying it to women at home. The 19th amendment was passed in 1919 and ratified in 1920 to allow a woman’s right to vote. 26 million more Americans now had a say in future elections.

Wilson’s views on African-Americans and slavery.

Unfortunately, there are many remarks and stories about Wilson that suggest he was less inclined to work on the rights of African-Americans. He is seen as an apologist for slavery, having been born into a southern slave-owning family, and those around him at the time have reported questionable attitudes.

One such occasion came with the screening of The Birth of a Nation. This film is still shown in film classes as a defining moment in cinema and a stark reminder of how African Americans were portrayed on screen. It is reported that Wilson was regretful over the truth shown in the film. What was meant by that is unclear. There was also a lack of intervention during riots relating to the Great Migration from the south in 1917 and 1918.

The end of the Wilson presidency and calls for using the 25th Amendment.

The end of the Wilson presidency is marred by his poor health. Wilson suffered a stroke leading to paralysis down his left side and partial vision in his right eye. The impact on his body was severe, but it was the impact on his personality that led to deeper concerns. He is said to have developed issues with mood swings, poor impulse control, and errors in judgments. Neither issue fits with the image of the President of the United States nor Commander in Chief. One lapse in judgment during a critical decision could have been catastrophic.

So, there were questions about 25th Amendment. The 25th Amendment states that the Vice President should assume the role if there are questions over the president’s ability to continue in the position. Those concerned felt that Wilson was indeed unable to do so and that Vice President Marshall should take over. But, Marshall refused. Incredibly, Wilson would then go on to request the nomination for a third term in power. The request was denied and the Democrats went with the Cox/Roosevelt pairing against Warren G. Harding.

Wilson died shortly after this, as his body succumbed further to the effects of the stroke and other health issues. His body is interred in Washington National Cathedral.

Whether or not Wilson’s viewpoints were a product of the time is open for debate. There are aspects to his views that are questionable, but the country still saw some growth and progression. No matter what he would have done, everything would be overshadowed by his role in the Treaty of Versailles and the League of Nations. That alone is enough of a legacy for Wilson to be remembered for a long time to come. 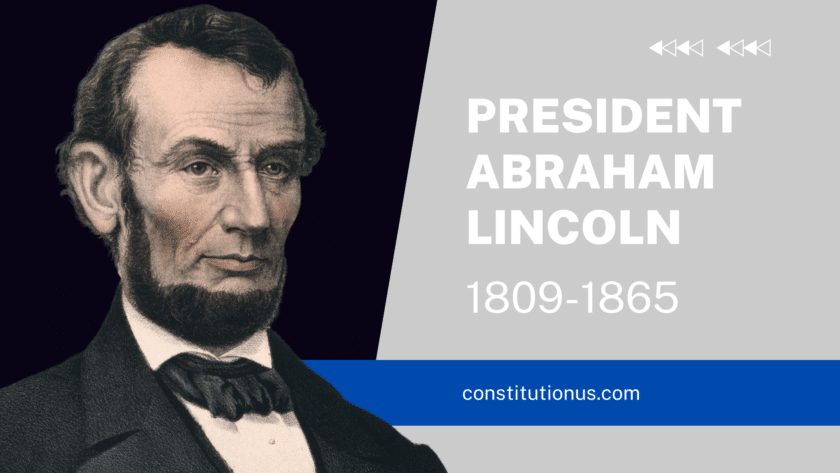