What Are the Federalist Papers?

The dispute between the Federalists and Anti-Federalists played a massive role in shaping the United States following the Revolutionary War. Each side had clear ideas on how the nation should evolve and the most suitable government structure.

Why Were the Federalist Papers Written?

The Federalist Papers were a series of essays written by a group called Publius. Under this assumed pen name, they wrote detailed arguments in favor of the United States Constitution in its final draft and against the Articles of Confederation.

The aim was to further the Federalist campaign, help convince Anti-Federalists that the constitution was a good idea, and aid the ratification process.

At first, the papers formed a long-running series in leading New York newspapers. They were later collected into a bound book and then further revised long after the adoption of the constitution.

Federalist Ideals and the Creation of the Constitution

In May of 1787, a group of delegates from 12 out of 13 states convened in Philadelphia to discuss the Articles of Confederation’s limitations. This original constitution acted as a framework for the newly-independent United States. While important and effective to a point, it was also flawed in terms of the powers given and the areas not touched upon.

Congress believed that the convention in Pennsylvania would be an excellent way to make a few necessary amendments to the document so the country could evolve.

What transpired, however,  was that the delegates spent months arguing over the different forms of government, the powers it should have, and the need for a greater centralized system. The convention was prolonged due to debates over the plans of the Federalists and Anti-Federalists and disputes surrounding proposed compromises.

One of the main focuses of the Federalist campaign was the need for a stronger centralized government that could deal with federal law, taxation, and establishing a better system for all United States citizens.

Views varied between the members about the details on how to build this system, with some too focused on emulating Great British. The Anti-Federalists, meanwhile, feared that smaller states with few representatives would be at a disadvantage and that their people would suffer as a consequence.

The Constitution Could Not Become Official Without Ratification

Eventually, a resolution was made, and a constitution was drafted. There was enough compromise in the share of power and the representation of states to keep most people happy – although some delegates still refused to sign. The next step was to pass it on to Congress, who approved and sent it out for ratification.

This is where things got a little more difficult for the Federalists, who were hoping for a quick process and getting on with the new proposals. It took until the middle of the following year to receive the majority necessary for ratification to take place. The issues were still hotly debated in states with a fervent Anti-Federalist leaning.

One of the interesting things about this Federalist Papers series was that it was not a collaborative effort on each essay, but rather a shared task to create the whole series. Each of the three authors that made up the Publius collective worked on their pieces and this often reflected areas of interest and expertise.

We can see a divide by author and subject, with John Jay taking one block before pulling out, and Alexander Hamilton and James Madison working out in-depth concepts over a series of installments. However, to the average reader in New York, one anonymous author was responsible.

All three men had their part to play while shaping the new United States, to varying degrees. Hamilton was a headstrong Federalist who worked on the final draft, Madison was at the convention the longest and part of that final committee, and Jay was a former president of the Continental Congress.

For a long time, no one knew who had written these essays. It was clear that it was an educated Federalist with some links to the causes, as the pieces were so detailed on the different factors and arguments in favor of the constitution.

Alexander Hamilton came up with the name Publius as a pseudonym. This was taken from a Roman linked with the success of establishing the Roman Empire. Hamilton surely felt that he and his peers were embarking on a very similar mission in the creation of the new United States government and a more comprehensive constitution following the revolution.

The trait that initially made these essays special and effective for the campaign was their episodic publication. Rather than sit together to try and compile a more extensive pamphlet or other published work, the three men wrote installments for print in New York newspapers.

There were many benefits to this as they could help retain readers’ interest and keep the subject in the public eye for as long as needed. It would have been all too easy for New Yorkers to ignore a more extensive pamphlet or a book on a shelf, but they had smaller opinion pieces each week to enforce the message of Federalism and bring them around to the idea.

Smaller chapters also meant that each of the three men involved in the Federalist Papers could have their say and share expertise in key areas. There is a strong ratio in the accredited authorship of the pieces, and some dispute over the authenticity of this. But, each writer could contribute effectively.

The Importance of Serialization

The serialization approach also meant that the authors could break down their argument into clear sections and discussions. Staunch anti-federalists may not have been inclined to read the whole thing, but they may have been curious enough to read a section on a matter close to their heart.

For example, some sections in the papers focus on the new government’s structure. This had been a big concern in opposing states that argued about representation and the powers of the two houses.

The new United States Constitution was firmly in favor of an effective checks and balances system with solid but controlled powers for the president. Even then, there had been a great debate at the Constitutional Convention over the precise details on how the houses would run, the election of representatives, and the impact on smaller states.

As the Ratification Process Progressed, So Did the Essays

At first, this system of weekly newspaper articles made a lot of sense and helped keep the issue at the forefront of state politics for many months. The first pieces went to print in October of 1787 – a simple introduction to the Federalist Papers that outlined ideas and what was to come. The last was a summary of closing remarks in August of the following summer.

This first signature came in the December of 1787, just as the papers got into a good rhythm and detailed points. But, New York was yet to be swayed, and the Anti-Federalist movement still had the majority.

The Significance of New York

This ongoing saga of essays was long but necessary in New York. The decision to publish the essays in New York newspapers made the most sense at the time because of the political landscape. Given the nature of media at the time, there wouldn’t have been a way of reaching all citizens of the thirteen states simultaneously.

Word of mouth and letters may have highlighted passages of the essays to those in other states, but it was primarily for the New York audience. New York was a prime target because of their reluctance to sign and the fact that the new United States needed them far more than the others holding out. Rhode Island could be sacrificed if absolutely necessary, but New York had too high a population, too much wealth, and strong geographical assets.

Defending the Lack of a Bill of Rights

Another important thing about this series of persuasive papers is the issue of the Bill of Rights. This was one of the key negotiation points for a lot of states that were concerned about the powers of a centralized government. The fear here was that states and their citizens would lose basic rights, and the federal government would take advantage. The Federalists felt this wasn’t necessary and that the unwritten rights in the constitution were enough on their own.

As the Federalist Papers continued with their aim to persuade people about the new document, one of the last pieces addressed this issue. Alexander Hamilton wrote Federalist 84 to openly oppose the concept of the Bill of Rights and hopefully put that issue to bed for good. It was unsuccessful, and the promise of a new Bill of Rights became the bargaining chip to achieve full ratification of the document.

Some interested in American history from this period may know the Federalist Papers as The Federalist instead. There was another edition in 1788 where the essays were collected and bound into a book. The impact of this is debatable as there was only a 500 edition run. It wasn’t going to reach a wide audience in the same way as the newspaper columns. But, it would have been sought after by elite member of society who wanted to review all the arguments put forward and could afford it for their collection.

This version contained 77 of the 85 essays. The name Publius remained in place so that the three authors could retain their anonymity. There were revisions and corrections to the pieces, however, from Hamilton. This may be where later issues of accreditation stemmed from. James Madison would later dispute that Hamilton was solely responsible for the 51 claimed.

Then, the second version in 1818 revealed their identities. It didn’t matter who knew at this stage as the constitution was in place, and the worst of the disputes were long over. Furthermore, Hamilton had passed away many years before, so couldn’t object or suffer any consequences. His death meant that Madison took over the role of amending and correcting pieces.

What the Federalist Papers Mean Today

The Federalist Papers and subsequent Federalist books are all important when it comes to an understanding of the viewpoints of those involved. There are still arguments about the meanings behind aspects of the constitution and the need for new amendments to the Bill of Rights. So, it is helpful to see the original concepts and that dispute about the Bill of Rights.

The concept of the original Federalist Papers wouldn’t work in modern society. Print media still has its place in swaying opinions, but can only reach a very targeted demographic.

Today, Publius would either be a group of faceless activists with a podcast or high-profile analysts posting concise 240 character arguments on Twitter. Either way, the published works at the end and a good book deal could still be a possibility. The methods and arguments have adapted, but much remains the same.

PrevPreviousAll About the Declaration of Independence
NextWhen Were the Federalist Papers Written?Next

Further Resources About: What Are the Federalist Papers? 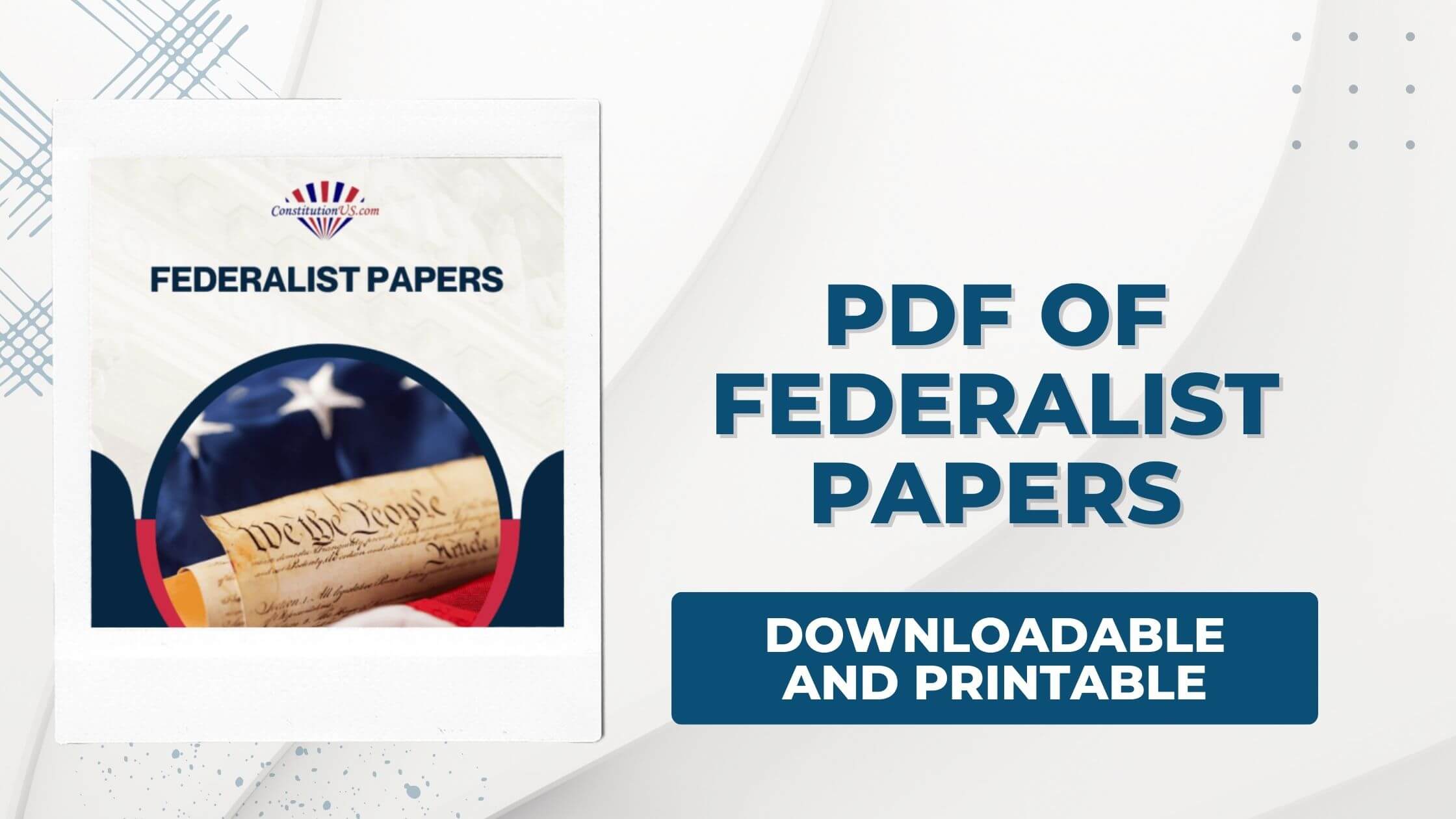 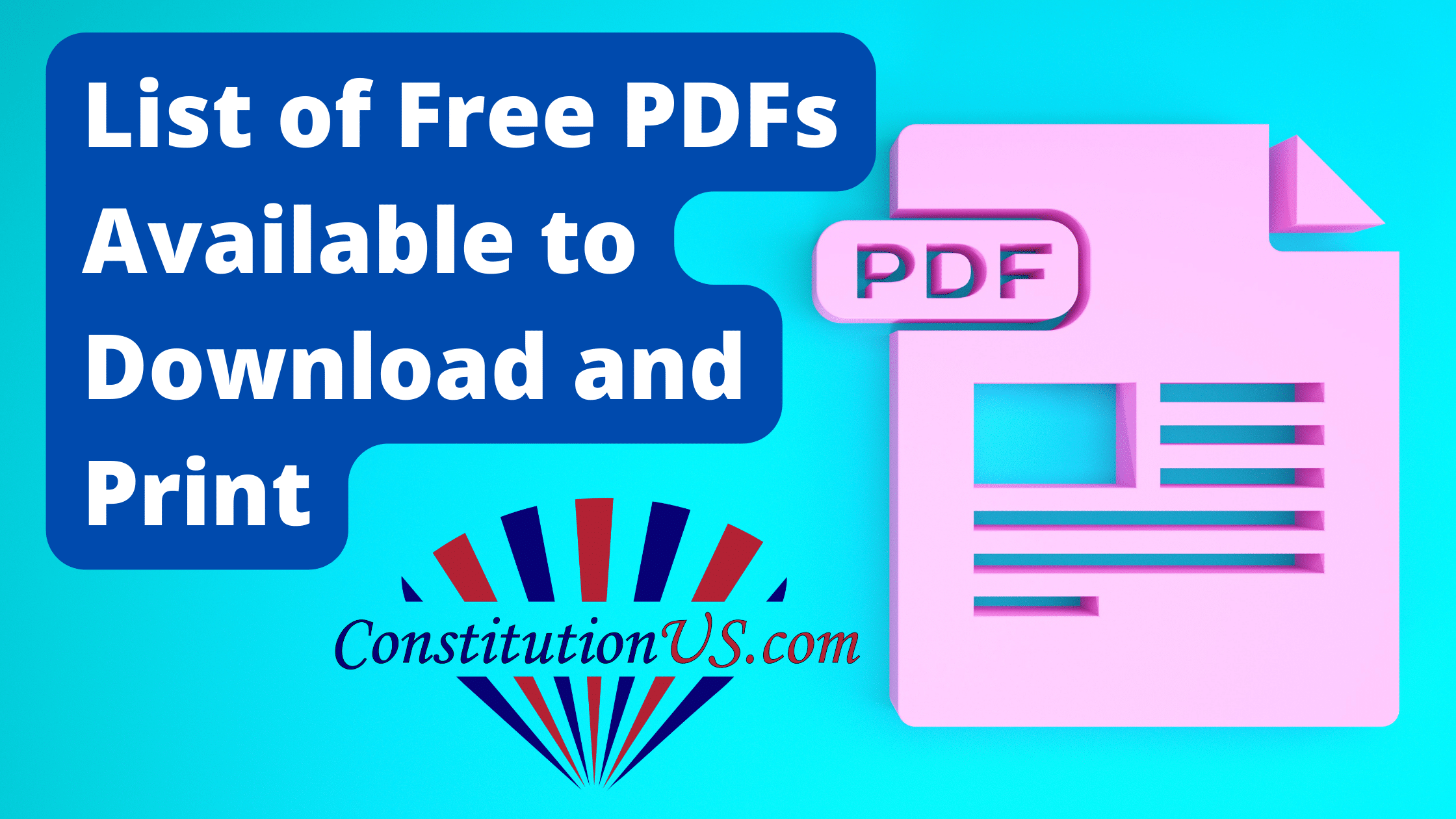