Donald Trump – Not a ‘normal’ president.

Writing a chronology or standard biography of Donald J Trump as president of the United States isn’t easy. Nothing about this era in American political history is normal. Trump is still a divisive figure that many critics agree rewrote the rulebook on being president.

Also, the story of the presidency is far from over as the country deals with the aftermath and prepares for a potential epilogue. But, if we are going to tell the story so far, we have to start with the public figure in the media long before there was talk of a presidential race.

There is the sense that Donald J. Trump is a unique figure because he was so high-profile in the media and “celebrity” world. Ronald Reagan perhaps comes close as an actor-turned-politician. But, the media of the 1980s was nothing on that of the 2000s and 2010s. Trump was a star from reality TV and a well-known business tycoon.

Trump always had at least one foot in the spotlight, and the Trump name was big business – even if many of his business ventures, such as the Trump Foundation, would go on to fail. Instead, he became a household name on The Apprentice and earned a star on the Walk of Fame.

Normally, we would talk about the political experience of a president before taking office. This generally means their journey through the ranks and the different houses to catch the eye of their chosen party and finally earn the nomination. Unfortunately, this wasn’t the case for Trump. He was nominated with no previous experience besides putting his name on a previous ballot.

Trump’s name has been associated with politics since 2000. He ran in the California and Michigan primaries for the Reform party but withdrew.

This raises an important point about Donald J. Trump and his political affiliation. There is the assumption that the right-wing ideas and rhetoric of the presidency make him a true Republican. But, there is also the idea that he chose to run for the Republicans because it was the easiest option for him. He registered with them in 1987 but aligned himself with the Independence Party, Reform Party, and Democrats before switching back.

He was put forward as a Republican candidate against the Democrat’s Hillary Clinton, leading to an explosive campaign. Trump claimed he would make America Great Again – a slogan that made its way onto posters and hats for years to come. The victory was shocking to many, and America began its next chapter with President Trump.

As with any new president, there will be a shift in direction and attitude based on the beliefs of the party, the man, and the campaign promises that got them into power.

With Donald J. Trump, there was a heavy influence on the economy and improving the fortunes of American workers and a need to control the borders and protect the nation from threats from Mexico and the Middle East.

Mexico, immigration, and the wall.

The wall will act as one of the key symbols of the Trump presidency because it was so influential from start to finish. A big part of the campaign for his election focused on building a wall to control the numbers of illegal immigrants entering the country. Further claims about the characters of these Mexican immigrants and that Mexico would pay for the wall fired up tensions and led to accusations of racism and xenophobia. As a result, the wall slowly across the border, and greater controls were set up. Detainment camps for those coming into the country held families seeking refuge from other nations in South America, which led to further questions over inhumane treatment.

One of Trump’s biggest claims to victory is that he defeated ISIS. In 2019, the ISIS leader killed himself during an operation by US special forces. This was a big moment in the US’ war on foreign terror threats. Another key moment in Trump’s attempts to protect the US from terrorism was Executive Order 13769. Although it has the official name of Protecting the Nation from Foreign Terrorist Entry into the United States, it became better known as either the Muslim Ban or Travel Ban, depending on which side you were on.

The order led to the suspension of entry of Syrian refugees and put additional restrictions on those entering from Iran, Iraq, Somalia, Sudan, and Yemen.

Climate change was an ongoing topic of concern during the Trump presidency as the US dealt with more extreme weather and wildfires. During the presidency, Trump came out as questioning the science of climate change and would withdraw the US from the Paris Agreement. However, it appears that he has since revised his views on leaving office, which plays into the idea that he goes along with what will give him the most support at the time.

Trump’s relationship with the American people and the media.

When talking about Trump’s time in the Whitehouse, there are almost two sides of the man to discuss. First, the president calls the shots and leads from the oval office, and then there is the public figure. So, on the one hand, you have a man making bold statements and signing laws with a strong focus on the American economy and foreign relations. But, on the other, you have the man fixated on using Twitter to communicate with his followers and using photo ops wherever possible.

Twitter and social media became a massive part of the Trump presidency. He used the platform to express his feelings about certain events, effectively giving his short posts as much weight as any press briefing from the Whitehouse. However, the relationship with the media would deteriorate over the course of those four years with cries of “fake news.” The fake news phenomenon struck a chord with supporters who felt they were being lied to by biased mainstream media. Eventually, Trump’s relationship with Twitter would sour further with warnings about incorrect statements in the wake of the 2020 election and eventually suspend his account.

Trump’s need for a strong public persona continued with the handling of the Covid crisis.

Another event that will play a big part in Donald J. Trump’s legacy is the Covid pandemic. At the time of writing, we can’t talk about figures and the full impact of the situation as it is still ongoing. President Biden is now in charge of handling measures and vaccination attempts. But, we can discuss Trump’s efforts and handling of the situation.

Critics say he could have done a lot more to handle the situation with stronger lockdowns and border controls. Others are supportive and say that he went just far enough not to destroy the economy. There are also questions over his use of the term “China Virus” and additional xenophobia there. Trump would contract Covid himself and require treatment in hospital, where he proceeded to engage with questionable media opportunities to show he was far healthier than he perhaps truly was.

Trump’s relationship with the rest of the world.

While there is so much to dissect within this single term of domestic policy, there are also many events and situations within foreign affairs. Trump was keen to appear as a strong leader and dominant figure from the start.

Trump’s ego and inexperience as a world leader also became evident during state visits and conventions. These summits are better remembered for the images of Trump pushing the Prime Minister of Montenegro out of the way at the G20 and of the German chancellor shouting in his face. In addition, state visits, such as those to the UK, weren’t always well received, especially when the President was seen walking ahead of the Queen.

One of the most interesting relationships during this time is that between the US and North Korea. At times, Trump seemed highly forceful and prepared to go to war with them – giving the “fire and fury” speech. Then there was the infamous letter from Kim Jong-Un and the trip to shake hands over the border between North and South Korea.

Then there are Russia questions that were raised over Russia’s involvement in the 2016 election. Trump also seeming surprisingly supportive of Putin, lifting sanctions, supporting Russia’s return to the G7, and staying quiet on certain disputes. Donald Trump would go on to pardon five people convicted as part of investigations in the Russian interference. Whether or not Russia was involved, Trump would later deal with similar accusations with deeper consequences.

First of all, we can’t overlook the significance of this was the first of two impeachments. Presidential impeachment processes are rare, so to have two for one president is extraordinary. The first of these could have seen Trump removed from office. It all came about from allegations that Trump solicited Ukrainian authorities to influence the 2020 presidential election. There were charges of abuse of power and obstruction of Congress. Trump was acquitted and able to continue his term and seek re-election.

With the first impeachment trial done and out of the way. Trump was free to campaign for his second term and would do so against Joe Biden. But, again, the race wasn’t pretty, and the situation would become even more ugly on election night itself. The polls closed, votes were counted, and the Electoral College declared for Biden. Trump refused to concede and brought forward legal action to recount the votes and overturn what he saw as election fraud.

Understandably, many of his closest supporters were behind him and also refused to acknowledge President-Elect Biden. As stated in the constitution, there is a period of time between the election and the inauguration, giving time for a smooth transition of power. There were fears that Trump would not comply with this, and this escalated with the Capitol Riots.

The Capitol Riots and the second impeachment process.

On January 6th, 2021, Trump supporters stormed the United States Capitol just weeks before the inauguration. Protestors had been gathering in support of Trump and his claims of election fraud. Donald Trump had also been speaking at the “Save America” rally at the time. Crowds then stormed the building in a display of vandalism and public disorder, causing staff fears that they may try and destroy the ballots.

On January 13th, Donald J. Trump was impeached for a second time on charges of incitement of insurrection. It was claimed that his words at the “Save America” rally were a direct attempt to incite the mob to attack the Capitol. What is interesting about the process is that the impeachment trial proceeded even though Trump was no longer in power. He was once again acquitted as he was 10 votes short of a guilty verdict in the Senate.

Trump’s return to Mar-a-Lago and the possibility of a second term.

As things stand, we have no idea how this story will end. First, there is the possibility that Trump could run again for a second term. Trump made the bold decision to take Airforce One to Mar-a-Lago on President Biden’s inauguration rather than stay for the transfer of power. He also declined to invite the Biden’s for the usual tour of the Whitehouse. On leaving, he stated that he hoped he wouldn’t be gone for long, implying that there is still a plan to run again in 2024. Whether he would have enough support in the party for a nomination is another matter. Thus, Donald J. Trump could become the second president to serve non-consecutive terms. Until then, he may wait for the dust to settle a little down in Florida.

How Old is Donald Trump? 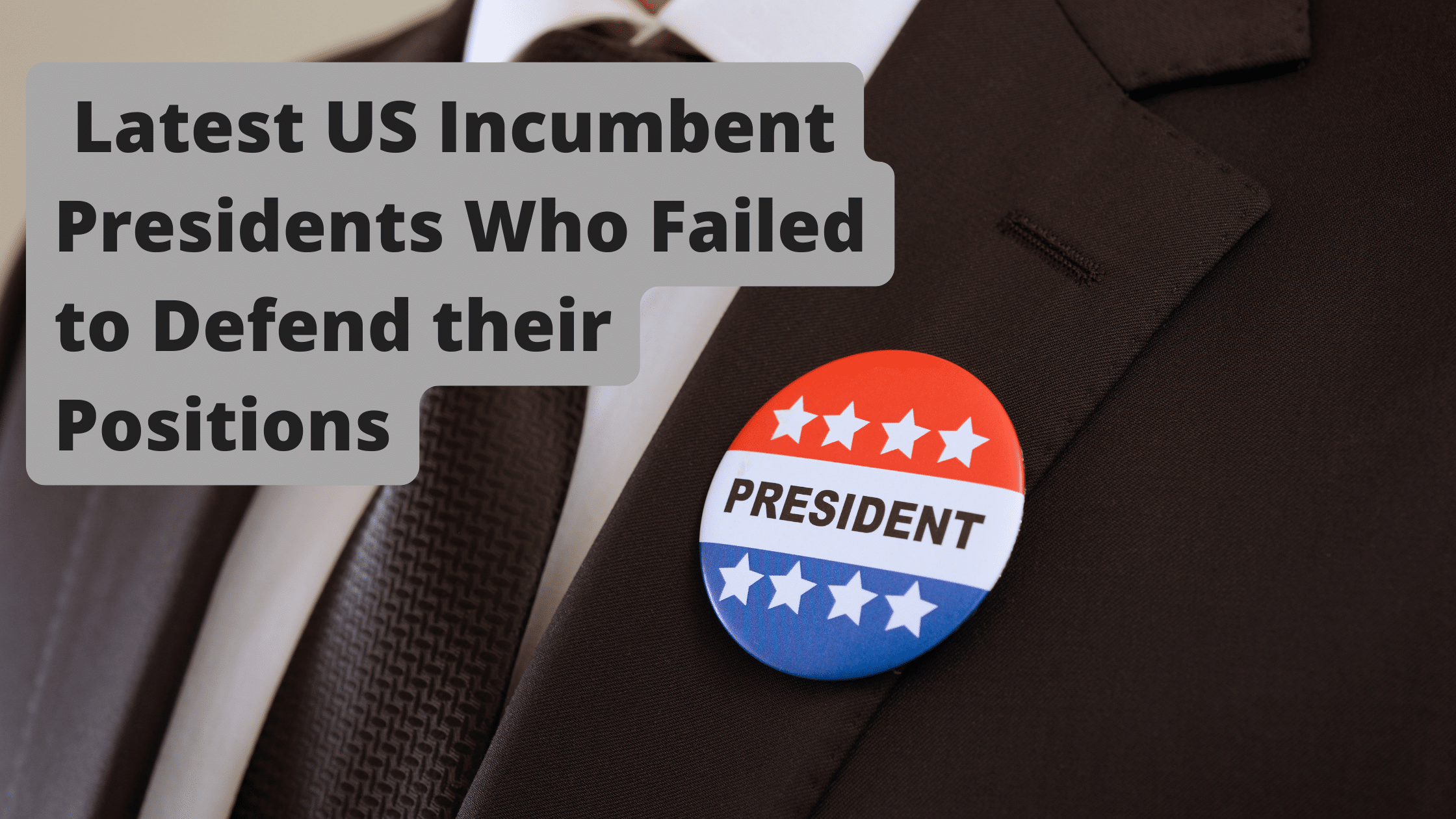 Which US Presidents were Assassinated?