The Right to Remain Silent

When a witness is testifying at a trial, there is a risk that the he or she might say something that incriminates themselves. They may, for example, admit to something that proves they are partly responsible for a crime committed or that they committed a separate criminal offense.

Like some other early amendments, the Fifth Amendment of the United States Constitution protects people from injustice. The amendment prevents situations where a witness testifies and then is charged with a crime after telling the truth about what they saw and did. A statement only has to increase the odds of a witness being charged with a crime for it to be self-incriminating.

According to the 5th Amendment, you can refuse to answer questions as a witness in court if your testimony might reveal that you committed an illegal act. The amendment says that a US citizen cannot be “compelled in any criminal case to be a witness against himself.”

The interpretation of this amendment has become broader over time, with police ‘reading suspects their rights’ being a modern interpretation.

Police Must Tell Suspects They Can Refuse to Talk

A suspect must always be informed that they can refuse to answer questions following an arrest. Police are only allowed to interrogate suspects if they cooperate after being told they don’t have to.

The police have to read a suspect their rights – “you have the right to remain silent” etc. – before they attempt to question them. If the suspect cooperates voluntarily, police interrogation is perfectly legal.

A person’s right to refuse to talk to the police was established in a few 1960s United States Supreme Court constitutional rights cases, including the Miranda vs. Arizona case.

In Miranda vs. Arizona (1964), a man facing thirty years in prison argued that his confession was false and that the police did not obtain it fairly. The case made it to the Supreme Court, and the judges ruled five to four in his favor, thus instituting new rights for anyone facing police interrogation.

While Miranda ended up being convicted anyway (he was re-tried without his confession and jailed based on other evidence), the case still expanded the rights of the accused.

Since 1964, it has been possible to escape criminal charges if it can be successfully argued that the police did not read you your Miranda rights.

Do Fifth Amendment Rights Still Apply if the Suspect is Guilty?

Yes, even a guilty suspect still has 5th Amendment rights. Both the innocent and guilty can end up being charged or convicted if they tell an incriminating truth on the witness stand.

Does the Fifth Amendment Apply to Civil Cases?

Yes, the Fifth Amendment also applies in civil court. The way the amendment is written implies that it might not apply to civil cases, but it applies to everyone in practice.

People have the right to refuse self-incrimination regardless of the situation. The opposing prosecutors, the judge, your lawyers, and so on cannot compel you to say anything that would incriminate you.

This encourages witnesses to come forward and co-operate instead of shirking their civic duty. If a witness did something wrong or believed they could be falsely accused of something if they tell their story, they might avoid testifying. With the protection of the Fifth Amendment, they are more likely to appear in court and offer truthful testimony.

Juries Must Ignore a Refusal To Testify in Criminal Cases

If a suspect refuses to testify in court, a jury cannot assume they are guilty. In fact, juries are compelled not to let a refusal to give testimony affect their decision at all. The judge may order them to only consider the available evidence and ignore a refusal to testify.

Civil cases are different. If someone is being sued rather than charged, the jury can assume that their refusal to testify is evidence that they are guilty.

The Fifth Amendment Protects Witnesses and the Accused Equally

Anyone accused of a crime can legally refuse to testify against themselves during proceedings, whether to cover up their guilt or avoid a false conviction. The same applies to witnesses – anyone being questioned in court can refuse to talk on these grounds.

The Fifth Amendment is Not Interpreted Overly Broadly

The constitutional refusal to testify only refers to not having to answer questions. You are not allowed to refuse to give the court other evidence relating to a criminal case and claim Fifth Amendment rights.

For example, a suspect might attempt to prevent the police from taking their fingerprints ‘because the evidence may incriminate them.’ This is not allowed – you can only decline to speak, not refuse to hand over incriminating evidence in any other way.

Police Are Obliged to Inform a Suspect of Their Rights

The police must inform suspects of their rights. If the police fail to do this, the suspect will sometimes walk free. Even if they do not walk free with no charges, it may be harder to convict the suspect.

What Should You Do if You Are Arrested?

The first thing you should do is ask to talk to an attorney. Unlike the police, who might engage in some deceptive tactics, a lawyer is obliged to work for your best interests.

A lawyer will inform you about your Fifth Amendment rights and offer advice on how to use them. Talking to the police is a bad idea, whether you are guilty or not.

You should not part with information that a prosecutor could use against you when dealing with the police. Information that seems innocuous can still be used as evidence against you in court. Even if you are guilty, talk to a lawyer first – a lawyer knows your options and can help you get a light sentence.

What Happens When the Police Take You into Custody?

The police will almost certainly search you. They will take anything illegal or anything that might be usable as evidence. They will fingerprint you and take photographs.

A lot of the time, your arrest record will be published. They will inform you that “You have the right to remain silent…” and you should use this right. Don’t say that you are willing to talk or sign anything that says you consent to being questioned.

Many suspects end up talking even though they have been informed that they aren’t supposed to. A suspect might say they don’t want to talk, say they want to talk to a lawyer, and then decide to co-operate anyway.

Your conversation with your lawyer is private when in custody, but anything else you say quite likely isn’t.

That means you shouldn’t converse with other people in custody about your detention. Your phone calls may also be monitored.

Only what you say to your lawyer is confidential. Don’t assume that police will be satisfied and let you go if you talk to them. They are looking for evidence that they can use against you.

The Chambers vs. Florida case of 1940 proved that coerced confessions were not allowed in court. The United States Supreme Court ruled that police interrogation methods can be unacceptably coercive even without physical violence.

Forty suspects were arrested for murder and questioned aggressively and repeatedly. Eventually, after a week of aggressive questioning, four of the suspects confessed. The Supreme Court ruled that these confessions were not voluntary and could not be used.

Some recent cases test the limits of the Fifth Amendment. The Hiibel vs. Sixth Judicial District Court of Nevada case in 2004 shows that you do not always have the right to refuse to give your name to a police officer.

The law requires you to give your name to an officer in many situations. Do these laws violate the Fifth Amendment? According to this Supreme Court case, they do not.

If a police officer reasonably suspects that someone has committed a crime, they must give their name when asked. Otherwise, they can be charged with obstructing an officer. However, a police officer’s right to ask questions is still limited in any part of the country.

Further Resources About: Self Incrimination in the Constitution 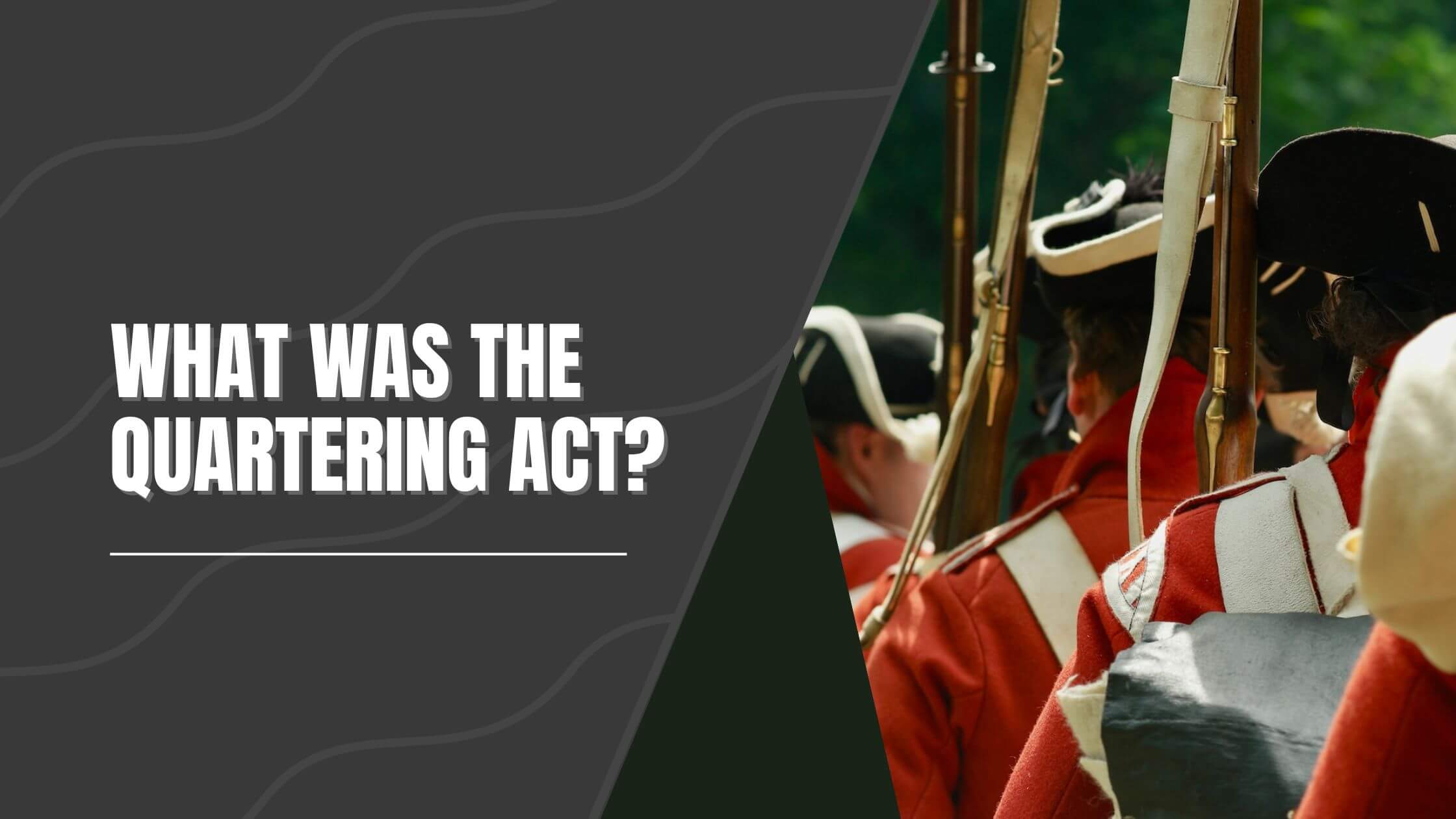 What Was the Quartering Act? 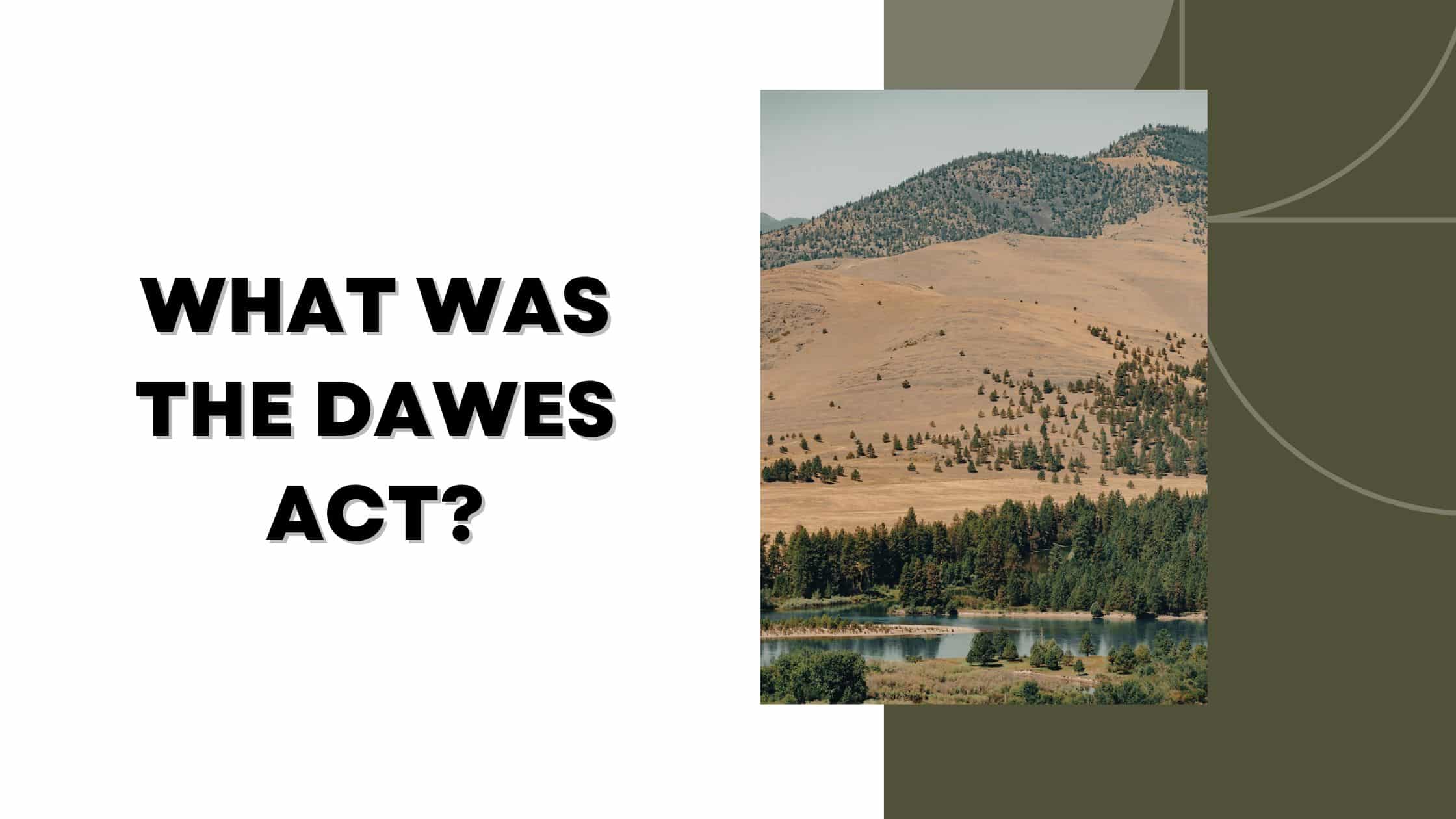 What Was the Dawes Act? 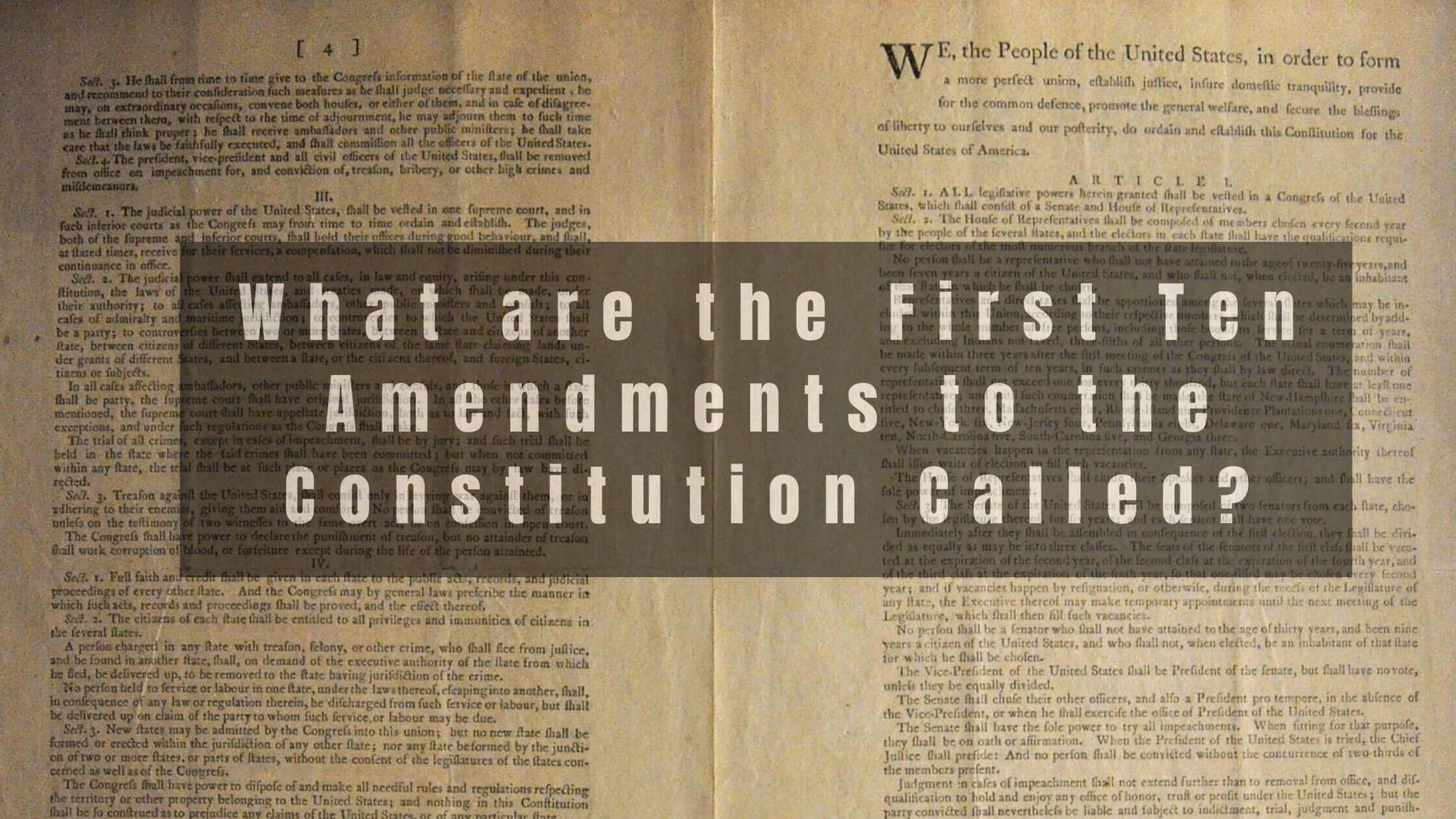 What Are the First 10 Amendments Called? 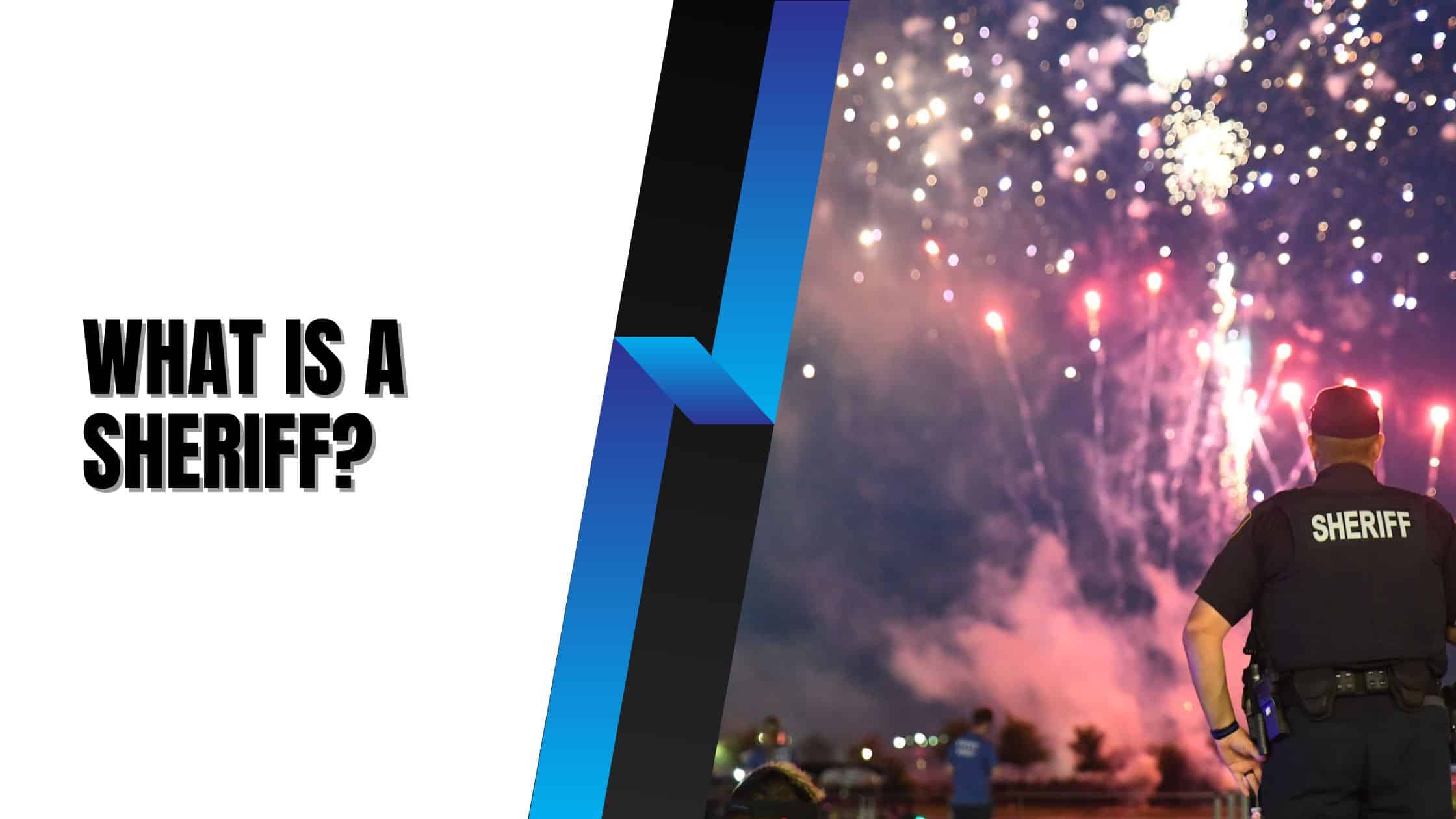 What Is a Sheriff?