Who has the Power to Impeach?

The right to impeach a leader of the United States is part of the built-in checks and balances system. It helps keep everyone accountable for their actions. The purpose is to discourage those in office from taking advantage of their position, its power, or engaging in behaviors that would cause the citizens to no longer trust them.

Impeachment differs from censure as there is a threat of removal from office upon conviction, while censure is more of a public condemnation for members of Congress who have engaged in errant behavior.

Who can be Impeached?

Many people believe only the President of the United States can be impeached. Perhaps this is because most of the cases in history have involved someone in that role. Under the constitution, the Vice-President and all civil officers can face an impeachment trial if there are grounds.

A person in such positions can only be impeached if it is believed they have engaged in one or more of the following.

Bribery involves taking money or other benefits in exchange for certain behaviors, for example, voting a certain way to gain benefits from the other party. Bribery can be hard to prove for impeachment to take place. There can be speculation, but solid proof is required to get enough votes to send it to the United States Senate.

Treason is a most serious offense for someone in office and involves one of two elements. The first is levying war against the United States.

War doesn’t have to be declared for this type of impeachment to move forward. There must be evidence that the political figure intends to help overthrow their government. The other element for treason can be providing aid or comfort to another country.

There are times when the United States comes to the aid of other countries. However, it is against the law to do so for personal gain or to help overthrow the government. This can include providing financial perks to another country, weapons, or other items of value.

For it to be an impeachable offense, these acts have to committed without the approval of others in Congress. The checks and balances system prevents such decisions from being made solely by one individual or a small group of individuals.

The definition of high crimes and misdemeanors is broad. It has been the subject of debate in various scenarios. There is no black and white element to it under the constitution. This can make it challenging to get someone impeached for behaviors that fall under that umbrella.

A specific order of events takes place under the constitution during the impeachment process. First, the House of Representatives charges the individual with a specific impeachable offense or offenses. They must have at least 2/3 majority vote in the house to charge them. The charges are referred to as Articles of Impeachment.

This information is sent to the Senate from the House of Representatives and any supporting information. It is then entirely up to Senators to decide whether to proceed with a Senate trial. They carefully review the information and evidence presented to them. They often contact witnesses to ask them questions and hear testimony.

Once they have completed their investigation, a vote is taken in the Senate. The vote determines if the individual is impeached or not. If the decision is to impeach, the next step is a Senate impeachment trial. Prosecutors for the Senate are referred to as managers.

When the President is the one facing impeachment, the Chief Justice of the United States is the prosecutor for the trial. There must be a 2/3 vote in the Senate for impeachment.

Punishment when someone is Impeached

The penalty for impeachment is removal from office. The Senate has the option of imposing additional consequences that prevent the individual from holding certain offices for a given period of time. In some scenarios, they are banned from holding the position of a civil officer again.

There is no appeal process for impeachment. Fines and jail time can’t be imposed through impeachment. However, if it is deemed necessary, additional court proceedings can take place. This is done through the civil court system.

PrevPreviousWhat are the Steps of the Impeachment Process?
NextWhy Impeach a Former President?Next

Further Resources About: What Does the Constitution Say About Impeachment? 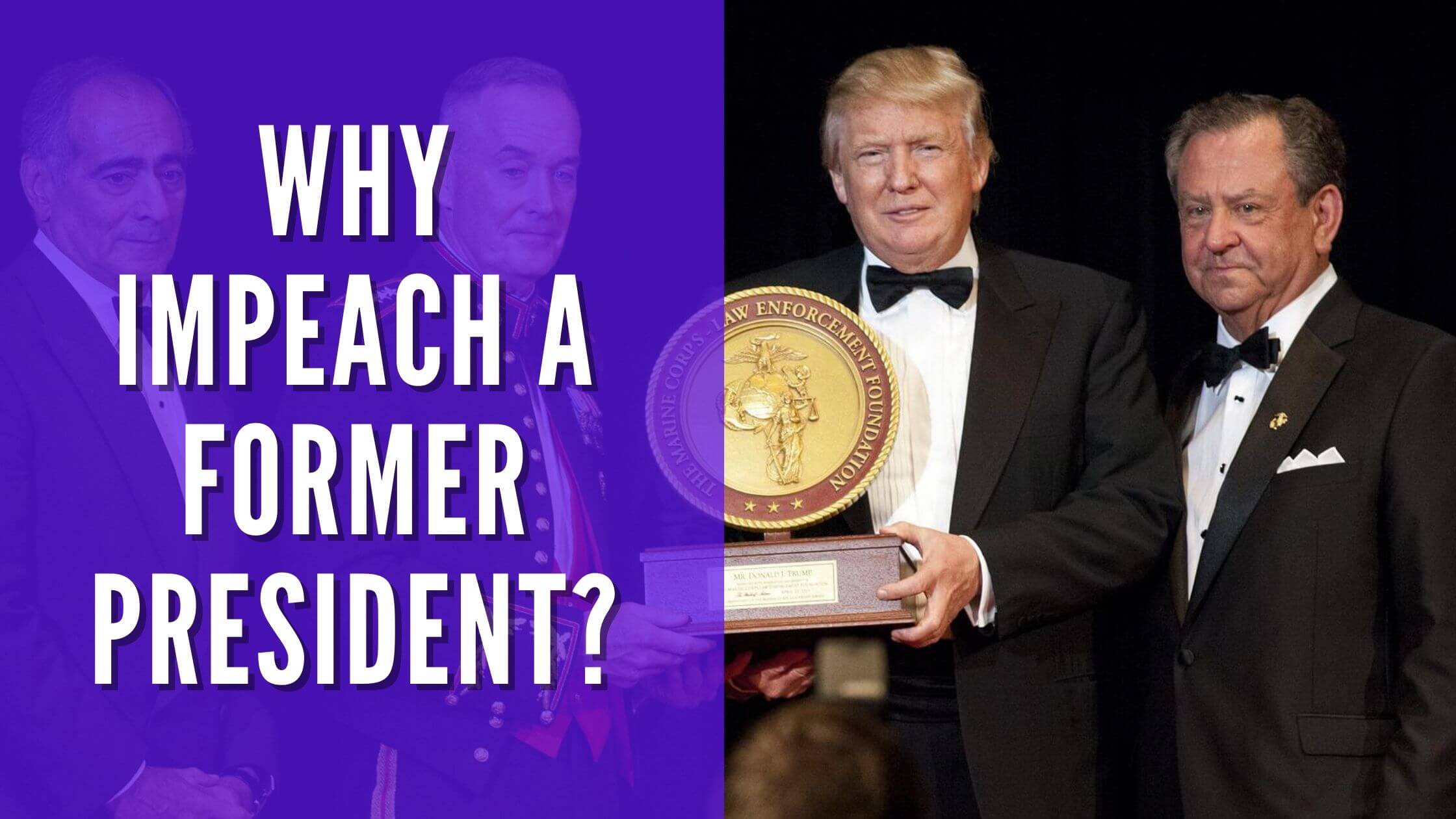